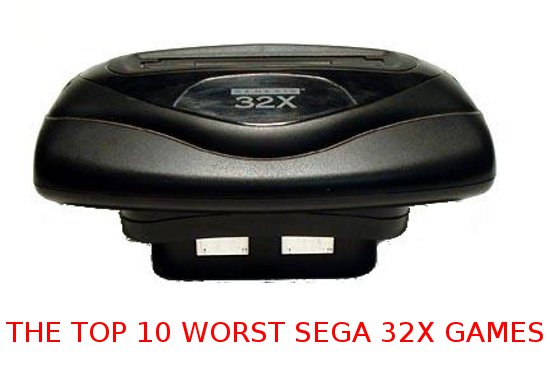 For anyone who doesn’t know, the Sega CD and the 32X go hand in hand. They’re partners in shit, if you will. Basically what I’m saying is that with my last article, you probably expected this one. If you didn’t then go back and read the previous one before you read this. Don’t worry I’ll still be here. Waiting. But enough with the talking, let’s start with degrading the very small library of games this horrible add on had to offer in ‘THE TOP 10 WORST SEGA 32X GAMES!’ Also please note that the following will probably read like the ramblings of a deranged mad man. You have been warned. 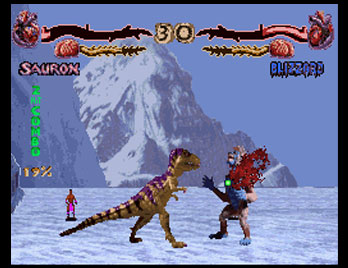 Back when Street Fighter 2 was the popular girl in school, everyone was trying to date her and gain the magic kiss which would make them better. Or in a way that makes more sense: game companies tried to rip it off to make their games better. Basically Primal Rage was made to capitalize on this. And that’s fine. It was fun. However when ported to the 32X it was shit. 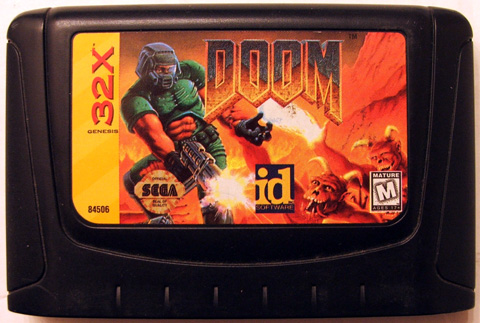 I love Doom. Don’t get me wrong. I’m not raging on Doom. No, I’m raging on the Doom port. The controls in this pathetic
port are so horrible that they make me want to play a Sega CD game. HEY-OH! I now demand you get an audience to laugh at that. But yeah, this was a terrible port.

The worst part is they even fucked up the music. I have no idea how you could do that. I’m guessing all the quality gets removed when something is on the Sega 32X. 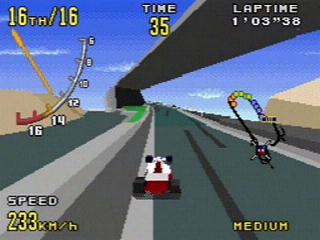 NUMBER 7: All the sports games on it 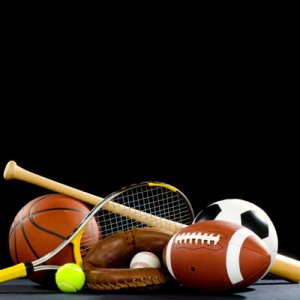 Since the Sega 32X has less games than the Playstaion 3, (HEY-OH!) I had to basically look for games that weren’t just generic sports games, for this list. I found a small amount of games that weren’t samey sports games. It’s embarrassing. There are barely any games for the add on, and barely any games that aren’t a tie in with some big athlete at the time. So here on this list is every generic sports game made for the add on. I know it’s cheating but I had a little amount of games to work with so shut up. 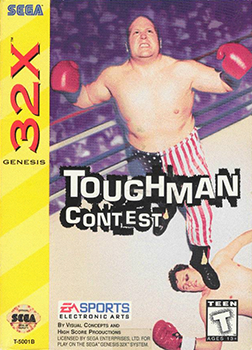 Toughman Contest despite it’s manly name is just like Super Punch Out but not fun. In any way. It’s boring and has all of the humour sucked out of it a bit like Jeff Dunham (OH HO HO HO HO, TOPICAL COMEDIAN JOKES!). Very lame. 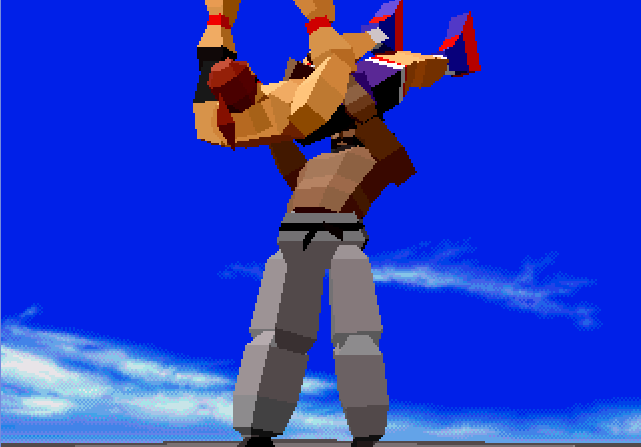 This is just like Virtua Racing but with fighting. A bit more noticeable because this spawned a better series, but this really is an outdated title. Really the controls are bad and all the characters move like they have feet made out of jelly. A boring fighting game that’s best remembered for it’s sequels. At least that’s something. 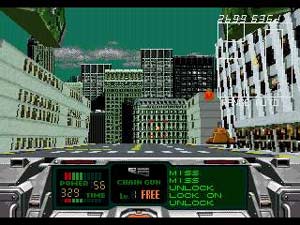 Hey! It’s another shitty FPS! Woo! Fuck yeah I love shit FPS games. They fill my heart with joy. Actually replace ‘joy’ with ‘bile’ and you have my feelings on this game. I’m sorry if I sound like a broken record on this list but I’m just at a loss for things to say. That’s the reason I can’t think of anything funny (as per usual) because there is nothing funny or enjoyable about the 32X itself. Everything is just so bland it all blends into one pile of shit. I’m flabbergasted. I have nothing to say apart from ‘bad controls’ and ‘shit, shit, shit’.

Anyway Metal Head has bad controls and is shit, shit, shit. Confusing as it is bad, this game is when the Sega 32X games stop being ‘bland’ and start getting ‘absolutely terrible and reprehensible’. Just a bad game no one will play except people who make negative top 10 lists like me. A sad existence I think you’ll agree. 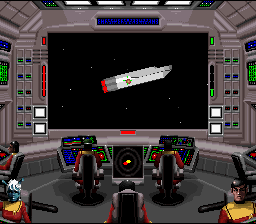 I was so confused by this game. This game explains nothing to you. I had no idea what to do. Maybe I’m just an idiot who can’t handle anything unless there are at least 12 explosions but I just couldn’t get on with this game. It just left me confused and feeling inadequate. So my revenge is in putting this on my list.

Maybe you have to be a Star Trek fan to enjoy this? I don’t know but if you feel like anything Star Trek related has to be good then you’re obviously not as jaded as Star Wars fans. Or maybe I’m talking out of my arse. Probably the latter. 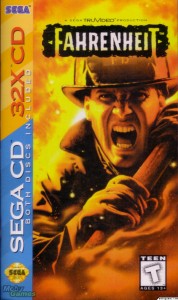 I thought I was done worth this shit last week. Well apparently not. Because you could for some reason combine both add ons to create the ultimate piece of shit. I’m sure no one played this game because you would have to have both systems. It’s just another FMV game. In case you didn’t have enough of that, Fahrenheit is the game for you.

This one doesn’t even have camp value. It’s beyond ‘so bad it’s good’. This is ‘So bad it makes me want to destroy an orphanage.’ FMV games are always terrible and this is no excuse. So what bland and terrible game could possibly but at number 1? Well it’s not a game per say but more an example of the terrible fucking design of this dreaded add on. Take a look.

NUMBER 1: Every god damn game if you don’t have one of the cords plugged in 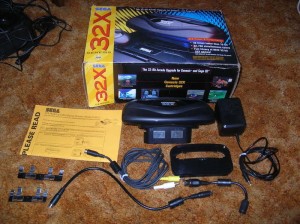 You just bought a Sega 32x because you’re rich and stupid. You plug the game in. You pop one of the games from the list above and you’re so excited you’re going to shit your trousers. But guess what? The fucking graphics don’t show up because you haven’t got another useless cord plugged in.

As always I’m cheating here. As this is more of a hardware problem than anything. But really? You need to plug in another fucking cord to get the graphics to show up? Bullshit. This shows how much Sega was just willing to make a quick buck because as I said before, unlike me they don’t love you. Playing the game without a cord would leave you confused as everything would be invisible. And you may say this is cheating  because really it isn’t a game in itself, but it’s A) My list B) A really big fucking problem with the add on and C) My fucking list. Besides no one cares. Plus playing the games without the cord somehow makes every 32X game even shittier. So that’s my list. I hope you had fun and agree with me, or else. 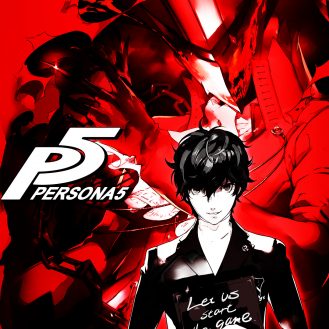