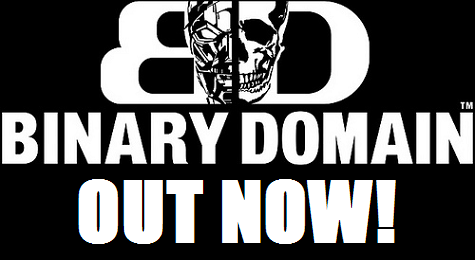 If you’ve made your way to Sega-Addicts at least once in the last few months, you will have undoubtedly been witness to the excitement us staff here share for Sega’s futuristic, 3rd person shooter, Binary Domain. The game has today been released for purchase in Europe and will shortly be available for North American customers on Feb 28th. A demo has already been released to those indecisive Sega fans.

Already knee-deep in the corpses of robots and cyborgs as you battle your way through the slums of neo-Tokyo? Let us know what you think of the game so far in the comments below! Or better yet, head over to the forum discuss the game with your fellow Sega-Addicts.