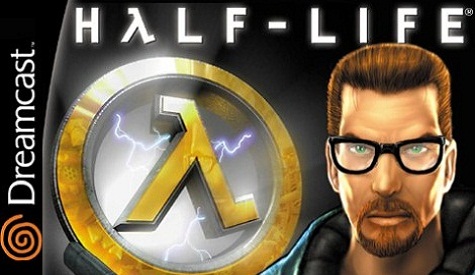 Half-Life. That’s right, roll it around your mouth then say it out loud; enjoy the after-taste. The 1998 sensation that was Half-Life blew the minds of anyone whom played it. At the time, the game was absolutely worshipped for offering players an immersive gameplay environment featuring a story that wasn’t told to the player, but was rather experienced by the player, as a single narrative running throughout the entirety of the game. This, in combination with its excellent presentation and robust gameplay and multiplayer has ensured the game its place in ‘Best Games of All-Time’ lists, now and forever. Of course, I don’t need to tell you that.

Fans of the Half-Life series may very well know that a Dreamcast port had been developed by Gearbox for a late-2000 release, but at the last minute was cancelled by publisher Sierra. However, a leaked copy of the port eventually made its way to the internet for use with the Dreamcast, with those playing the game quickly realising that, aside from some serious loading times and other minor bugs, the port was essentially complete.

Fast forward eleven years and we now find ourselves rejoicing over the recently released PC port of the Dreamcast port of the original PC version of Half-Life. Still with me? Good. The port, named Half-Life: Dreamcast, is in fact a free mod of the normal Steam version of Half-Life, which is required for play, and offers a genuine way to experience the Half-Life game that never was.

The first noticeable difference between the mod and the original are the improved visuals in the form of higher polygon counts on character and weapon models. Some of these models have also been altered in ways that set them apart from those seen in other versions e.g. the blue dots on the bullsquid. Most fans will recognise a lot of these models from the ‘High Definition Pack’ originally released with the PC version of Half-Life: Blue Shift which itself was originally developed to be a Dreamcast exclusive expansion in a similar fashion to the PS2’s Half-Life: Decay. Don’t worry, my head hurts too. 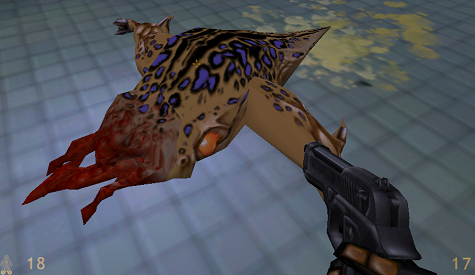 While most will play the mod with a keyboard and mouse, the actual Dreamcast version was intended to be played with the single-stick, Dreamcast controller. In order to compensate, auto-aim is set to default and the game’s difficultly has been severely reduced, to almost ridiculous proportions. I breezed through the game, dispatching most enemies with a few shots of whatever gun I happened to have in hand like a well-educated Punisher. I never ran low on any kind of ammo and I rarely died through damage from enemies alone. Headcrabs seemed to simply bounce off me and I’d laugh as the auto-aim allowed me to snipe a running soldier on the other side of a warehouse with the simple handgun. While entertaining, this dramatic decrease in difficultly ruined the atmosphere of tension in many parts of the game and enemies I used to have genuine fears of (giant fish) became victims of my inter-dimensional rampage. 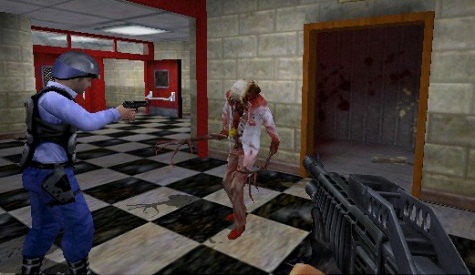 Other additions to Half-Life: Dreamcast include Half-Life Dreamcast GD-ROMs among the random contents of smashed crates and boxes, level passwords showing up at the start of new levels although unused, and the small loading screen between maps has been changed. The mod’s website states that geometry alterations had been made to maps, with entire rooms being added in some cases, but such changes went unnoticed by me. The most noteworthy change was the removal of a notoriously frustrating Xen map near the end of the game. You know, that one where you have to make your way to the portal at the top of the map by jumping around in low gravity and riding those flying… things. 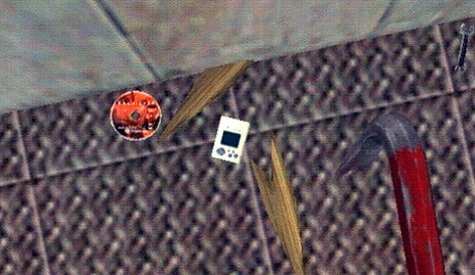 While none of these alterations make Half-Life any worse, they do not make the game any better either. Let’s be clear, Half-Life: Dreamcast is in every way the same fantastic game that the original is, and it really is fantastic, however there have been no alterations made to the mod that makes it stand out in any way. If the game was released on the Dreamcast all those years ago it would have been an instant classic and a great achievement for Gearbox. The problem with releasing this version now is that only curious Half-Life fans will try it; and they will ultimately be disappointed. It was a fine reason for me to fall in love with Half-Life all over again, but not much more.

Everything that made the original amazing is left intact in Half-Life: Dreamcast, i.e. well-scripted FPS action, tight controls and an involving method of storytelling, however it brings nothing new to the 1998 PC classic and can be regarded as a simple curiosity piece for those seeking a reason to play Half-Life just one more time.

Hell Yeah! Wrath of the Dead Rabbit officially set to unleash its wrath this September