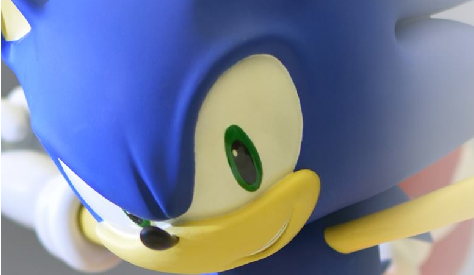 A little over a month ago we reported that First4Figures had released a teaser trailer for a new line of ‘Modern Sonic’ collectibles, with the modern iteration of Sonic the Hedgehog being the first to go on sale. This exciting news has now been confirmed via the company’s Facebook page where a banner, a part of which is shown above, states that pre-orders can be made on Tuesday 15th May with low-numbered figures being assigned on a first-come first-served basis; just in time for Sonic the Hedgehog 4: Episode II!

I’ve seen the First4Figures astounding Super Sonic and Metal Sonic figures first hand and can honestly say that they are worth every penny. The only problem is that the number of pennies needed to buy one is far too high for me. Anyone out there thinking of pre-ordering? Lets us know in the comments below!