It’s always been kinda weird to me how the Olympics are the most prestigious sporting event in the world, yet when it comes to video game adaptations of the games, things aren’t exactly as well spoken of. You’d think such a thing would be an easy fit for the virtual world. While there’s been occasional gems, most Olympic outings have been, putting it bluntly, utter crap. Sega’s take on the 2010 winter games, aside from a couple events, was pretty much a bland, overly difficult waste of space that did the company no favors in keeping its grasp on the license.

And that brings us to London 2012. While you can imagine why most of us didn’t really want to take the review, this year’s version has shown a bit of promise and improvement over the Winter outing, and being Sega’s first completely developed in-house stab at the Olympics, with Sega Studios Australia at the helm, it could very well be the turning point in this license’s video game legacy. Will it pull a Michael Phelps and shock the world? Or will it follow the footsteps of its predecessors and drown instantly? Hit the jump to find out. 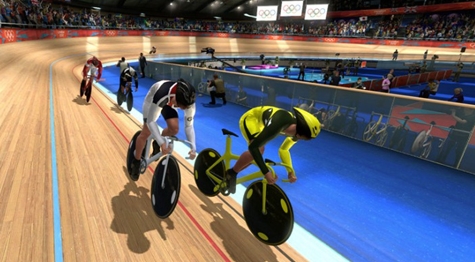 I can’t tell you how much I was dreading this one. From seeing the boxart, which looked like something I’d read on fanfiction.net come to life, and then booting up the game to find one of the most awkward title screens in history (and this is coming from a wrestling fan who sees this kinda thing on the regular), I was really starting to lose the cautious optimism I’d built up somehow.

Then I finally played an event. And weirdly enough, it wasn’t a nightmare.

Presentation-wise, I gotta say I was actually quite impressed compared to what I was expecting. While it’s no Metal Gear Solid 4 in terms of detail and polish by any means, the effort here far surpasses what they did for Vancouver 2010. Player models, while still a bit bland in some ways, are way more improved and detailed this time around, and there’s even some very light customization available for those who’d like to recreate their favorite Olympians (or do what I did and put Tekken characters in the game). It’s not much, but it’s appreciated that they took the time to work that in after giving us nothing last time around.

Sega didn’t skimp on any of the other eyecandy either. I love the art style for the main menus and GUI. The locales for all the events look GREAT, especially for nighttime events in the main stadium, and in the kayaking course. And when it comes to little things, I’m having trouble thinking of other sports games that do the little details better, honestly. The way the flashbulbs pop on record setting events, the various camera angles and animations making it feel very close to an actual telecast, all of that sorta stuff. Just another example of Sega being on a bit of a roll as of late visually. 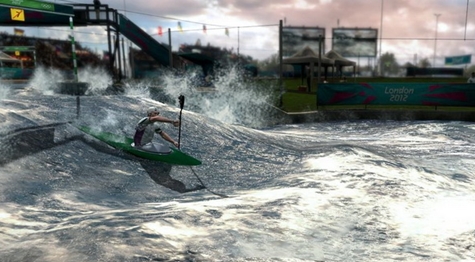 Where the presentation falters, however, is the sound. Sure, it’s pretty great at first. The announcers seem knowledgeable enough, the ambiance is fine, and the menu music isn’t too bad at all. But then it starts to suffer from the same thing nearly every sports game does: repetition. Like I said, the announcers pretty much sound the part, but I think only WWE ’12 and NASCAR 2011 were worse about repeating the same lines over and over to the point of making me want to mute everything. It didn’t help that the forced enthusiasm only got more and more apparent as time went on, making everything seem even more grating. It doesn’t matter what genre it is or how much I like a game overall–overly forced emotions in voice acting will ALWAYS be a pet peeve of mine.

As far as actually playing it goes, though, this is where the polish Sega put into the game really shows up. Like I mentioned above, Vancouver 2010 was bland at best, damn near unplayable at its very worst (horrifying memories of the luging events are coming back). It didn’t help that even on the easiest difficulty, things were just an overly difficult chore. Not the case with London 2012. While there’s a couple events that can bring back memories of the winter outing, and a handful will take some practice getting used to (it wasn’t until the second day that I figured out the long jump), things overall have been simplified quite a bit. Adding in a pre-event tutorial, which I don’t recall being in V2010, helps out a ton as well. Once you get a couple runs in each event under your belt, you’ll be setting world records in no time. 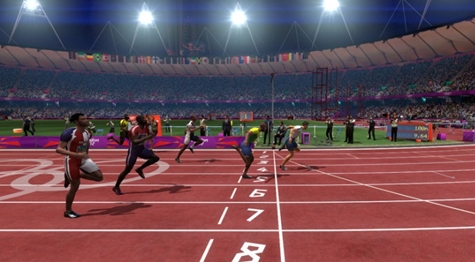 I can’t really complain about the events as a whole. While there ARE a couple that aren’t exactly fun (sculls and weightlifting come to mind) and aside from ping pong and volleyball, they’re all pretty short, for the most part, they’re all relatively fun. I can’t help but feel it has a “Mario Party for jocks, minus the board game mechanics” thing going for it honestly. Just a bunch of quick, mostly inoffensive little button-mash oriented minigames packed into one disc. Going for the various unlockables and trying to set records can be pretty addictive too in their own ways.

The big gripe I have, however, is that a large chunk of the game is completely sealed off unless you’ve got four friends nearby with an interest in playing it. While it’s cool that they have so many party modes and team events, Sega really should’ve had the foresight to add in AI teammates for those of us who don’t have four PS3 controllers (or four friends locally) or don’t want to play online. I was really looking forward to giving the team challenges a try, too… 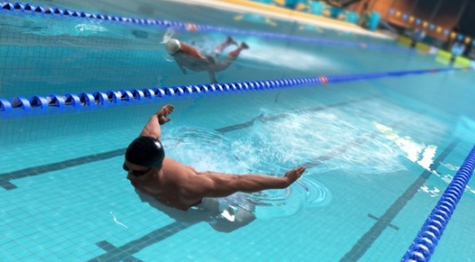 So in a nutshell, if Sega wants to keep the Olympic license, this is a damn good way of going about it. The gap between this and their winter outing is like night and day, and Sega deserves to be commended for that. Is it $50-worth of good, though? I’m not so sure about that. As fun as things can be, it does get old a bit fast as well. After a couple days, without anyone to really play with, I was ready to go back to playing other things. If you’re that much of a fan of the Olympics, or really want a good party game for the PS3, definitely check it out. If you’ve only got a passing interest in it, though, I’d say wait for the inevitable price drop or try to rent it instead.

They may have stumbled out of the gates with the license a couple years ago, but London 2012 is a solid silver medal run, and it’ll be very interesting to see how Sega builds upon this in the future. 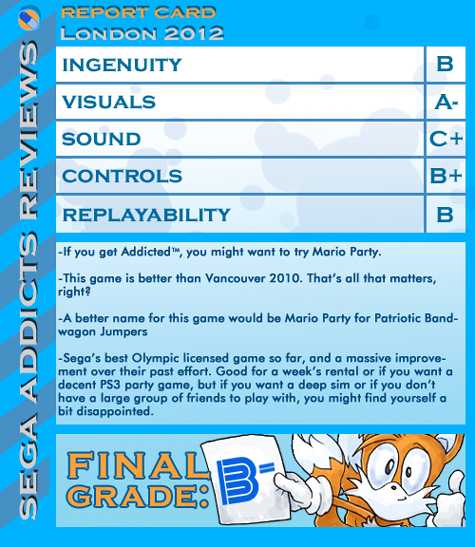