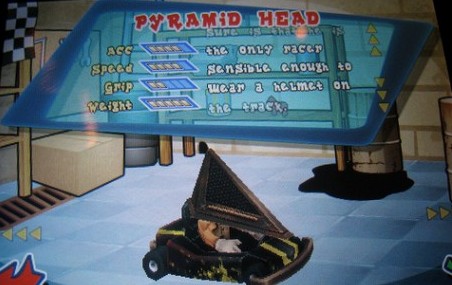 No roster-based crossover game is safe from the repetitive onslaught of one fateful, burning question:

How many characters will it have?

For the past several months, we’ve been obsessing over Transformed’s roster, with character reveals popping up left and right, and hypothetical final roster counts promising one hell of a robust game. Finally, Sumo Digital’s Executive Producer Steve Lycett is addressing our queries, and what he is saying explains a lot about why it’s been so hard to pin down a number:

The thing is, different people think of different things when you say ‘How many characters are in the game’.

Why is this? Well some platforms have characters that are unique to that platform. I’m not going to say which, that’s part of the fun of the reveals! Some are SEGA characters, some are not. Don’t bother asking :p

Frankly, I’m not surprised at all. With two non-Sega characters already announced and more reportedly on the way, it’s no shock to me that this game will utilize all the tools available to sell this thing on as many consoles to as many demographics as possible. It worked for Soul Calibur, so why not All-Stars Racing?

To be fair, a roster of this size is a hell of a lot more than I was expecting. At this point, all I can say is, “give me all you got, Sega.” You’re gonna jam as much as you can in here, so you might as well make it entertaining. In fact, check out our recent Sega Addicts Speak article where we all discuss our most desired Non-Sega Characters for Transformed, and take your pick. If I’m getting 20-29 characters, then I’m very interested to see the ideas you’ve got stuffed up your sleeve.