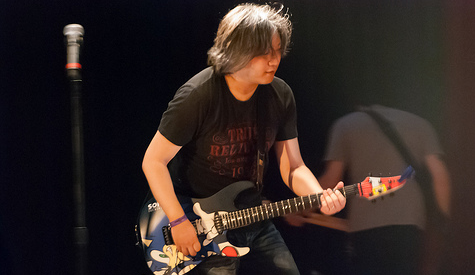 After playing several live shows in both in Japan and in the West, and living and learning a bit, Crush 40 have made the dreams of hard rocking Sonic soundtrack fans come true with a recent Facebook post stating in black and white that a full, live album will be released on October 3rd.

The album will be a recording of a Japanese gig in March that featured a full band comprised of Jun Senoue, Johnny Gioeli, Takeshi Taneda on bass and Toru Kawamura on drums. Aside from that, the only further information Crush 40 have given is that they will give more details in September.

This new Aliens: Infestation trailer is a must see