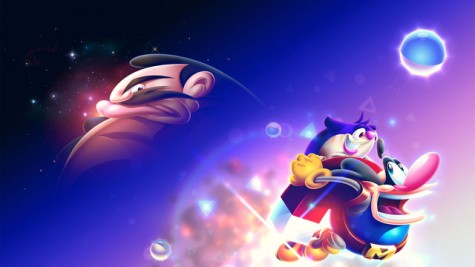 When thumbing through the screens and trailer for PagodaWest‘s upcoming iOS game Major Magnet, it’s hard to ignore the distinct, delectable aftertaste of a certain speedy blue mammal. That’s because folks on the team have a history with the little guy, even lending their hands to the visuals of Sonic 2 HD. As you can see from the shots below, the level and visual design falls very much in line with Sonic’s style, and would even fit perfectly in place with the franchise’s latest releases like Sonic 4 Episode 2. Hell, the boss looks like Robotnik, just without his trademark goggles!

The gameplay is where the titles really differ. Trading out light-speed running for manually shifting environments, Major Magnet ostensibly has you utilizing a magnet to propel you through various stages. In that way, the game looks much more like the underrated Dreamcast platformer Super Magnetic Neo.

If you’re dying to get your hands on this Sonic-inspired treat, you don’t have long to wait. Major Magnet will be available for iOS on January 10th. Hit the jump for a teaser trailer and some screenshots.