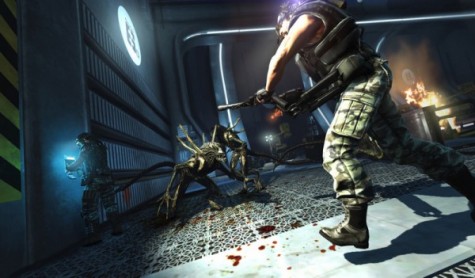 On the heels of a patch meant to rectify many of the glaring glitches that spurred on the apocalyptic Aliens: Colonial Marines debacle, Sega has officially released the first new DLC mode for the game, awkwardly titled “Bug Hunt.”

No, this isn’t a metagame in which you play as a programmer frantically trying to smoke out all of the infuriating blemishes that dragged the campaign into the dirt. Bug Hunt is Colonial Marines’ rendition of a Horde mode, pitting up to four players against wave after wave of xenomorph and human foes. The mode also includes three new maps, and allows players to accumulate in-game currency to purchase upgrades, health, and more.

Those of you who spent the $29.99 asking price for the Colonial Marines Season Pass finally have something to show for it, while other players can get their hands on Bug Hunt if they plop down a heavy $14.99.

Does anybody have enough faith left in this game to fork over another $15 on a mode that frankly should have been included in the first place?