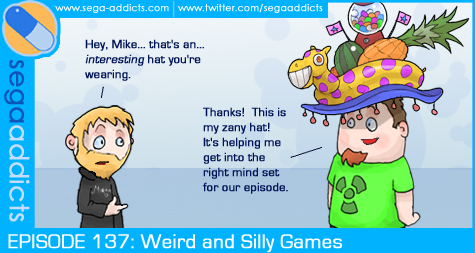 On this week’s episode we discuss some of the weird and unique games that have appeared on Sega consoles throughout the generations. Sega’s willingness to take risks on unproven concepts and genres has always led to a some interesting games being released on their consoles and is one of the many factors that separated Sega from other game publishers in the past.

In addition to the weird game discussion, Kris talks about some Japanese arcade games he’s been playing, Mike and Tom bring up Power Stone once again and I talk about some Dreamcast multiplayer goodness.