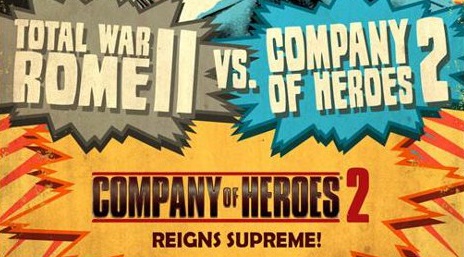 Thanks to Segas awesomely named ‘Make War Not Love’ event Company of Heroes 2 fans will be treated to 100% free DLC until February 22nd. This offer was a result of the previously mentioned title and Total War Rome 2 going head to head in a contest that would see both fan bases voting for which game would get such a cool prize. The contents are specifically the ‘Soviet Commander’ and ‘German Commander’ downloads, which you can get via Steam.

While this was a cool idea, one can’t help but think that the fans devoted enough to vote might already have the DLC. So maybe this was more for potential buyers than the current fans. Oh well. At least there’s some free DLC and community spirit behind it.

Sonic gets some deals on XBLA for his 21st birthday