It’s hard to believe that Sonic Generations was six years ago. All was right with the Sonic world back then. Classic Sonic had come back, and been done as close to perfect as we could’ve hoped at that time. Bad, overly grimdark stories had seemed to be a thing of the past. And 3D Sonic, after 12 years of trying, had finally broken the polygon ceiling and was finally, genuinely fun.

And then Sega decided to change things up.

Instead of the breakneck insanity of the Hedgehog Engine trilogy, we were first given the slowed down Mario-under-a-Sonic-filter, Sonic Lost World. Then, disaster struck, as Sonic was given a new temporary home at Big Red Button, and, well, Sonic Boom was a bomb. They were such trainwrecks, people who had previously adored the unrelated Generations and Colors now retroactively hated those titles just by association of being 3D Sonics.

But now, in what’s already been a banner year for the fuzzball of flash on the 2D side, Sonic Team has returned with a revamped Hedgehog Engine, and a host of other rather controversial changes, as Sonic Forces looks to restore the 3D side to its former glory. Does it pull it off? Or has the magic finally died? 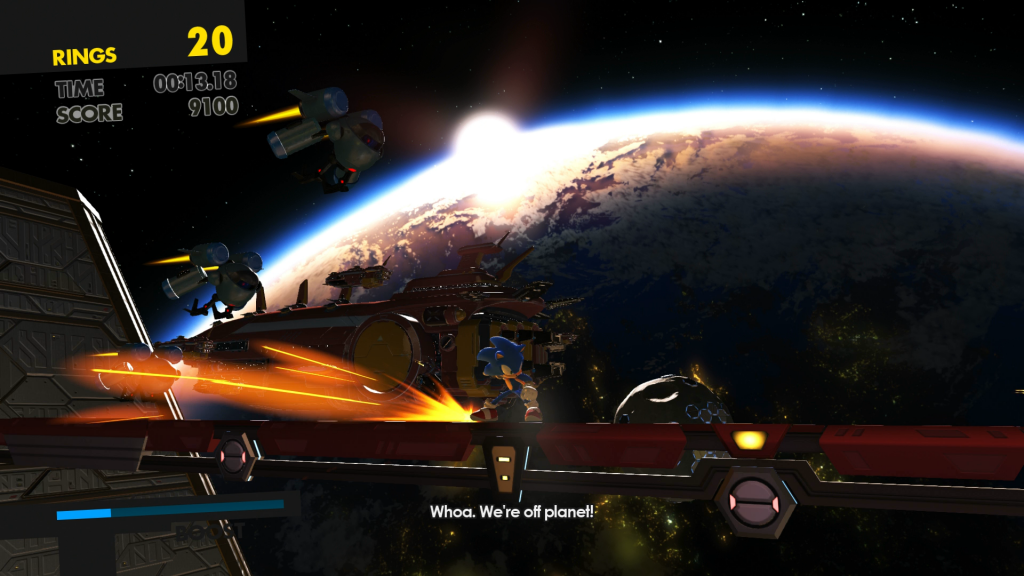 The answer is… honestly, somewhere in the middle. If there’s any simple way to describe Sonic Forces, it’s “ambitious, but unfocused”. The first of Forces’ big controversies is the apparent return to a darker narrative, something not seen since a certain ill-fated title from 2006.

And while the beginning of the game gives off a sort of epic feel, it’s not something that really lasts throughout the game. One minute you’ll have Knuckles talking about how Sonic has been brutally tortured for months, and the next, you’ll see Sonic performing a stand-up routine in his prison cell, no worse for the wear. These jarring tonal shifts constantly happen, and while it’s already hard to take a Sonic story seriously, these moments don’t help. It also doesn’t help that the narrative leaves several major plot threads dangling, and a lot of things that were built up, like confrontations with certain characters, don’t even happen in the game. 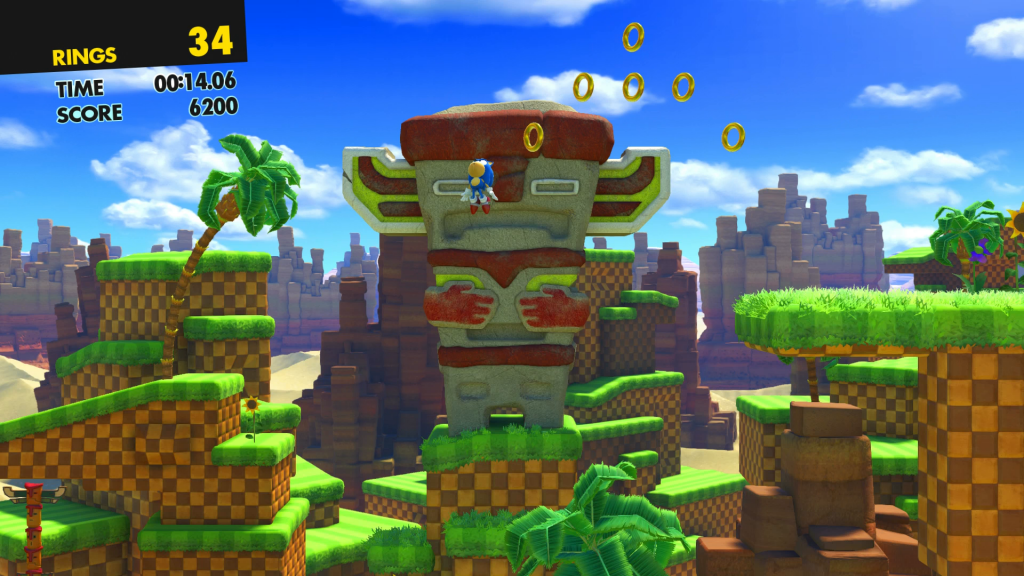 Another big controversy was the return of Classic Sonic, as well as nostalgic zones like Green Hill and Chemical Plant. This, too, is a mixed bag. Much like my fears about Sonic Mania’s remakes, my fears about Forces’ versions of these classic locales were put to rest for the most part, and in some ways, the nostalgia is handled better here than in Mania. As an example, Green Hill may be the biggest offender of being reused too often, but I actually enjoyed what they did with it here, calling back to the original concepts for Sonic 2’s Dust Hill by turning the iconic checkerboard landscape into a barren desert. It’s little things like that that make it worth it sometimes. Just, give the ol’ GHZ a rest for awhile now, will you?

But then there’s the other side of the coin: Classic Sonic. While his reveal got a major pop at the 25th anniversary party, they’ve mucked up his physics, and the simplest things are wonky. For example, it’s common Sonic knowledge that rolling into a ball on a downward slope should make Sonic go faster, right? Not in Sonic Forces. It makes him inexplicably slower, defying 26 years of 2D Sonic logic. Even his big addition, Sonic Mania’s Drop Dash, feels simply shoehorned and weak here. Between his highly regressed gameplay, and complete lack of bearing on the plot, the question must be asked: What was the point? He plays no major role in the story, and he just feels tacked on as a way to draw in the nostalgia crowd. I honestly would’ve preferred him being left out to focus on tightening up Modern Sonic and the Avatar instead.

And that brings me to the biggest of the controversies. Every Deviantart member’s dream come true, the custom Avatar character. I don’t think it’s any big secret that I wasn’t particularly happy about this feature when it was announced, but honestly? It’s actually one of the brighter spots of the game. The number of customization options is staggering, with lots of nice Sega references to boot, and you have the ability to play it as serious or as jokey as you want right out of the gate. I wasn’t taking it seriously at first, but by the end of the campaign, I’d honestly ended up getting rather attached to the horrifying abomination of science I’d created. So much so, the art Tom painted of them has become a cherished treasure. 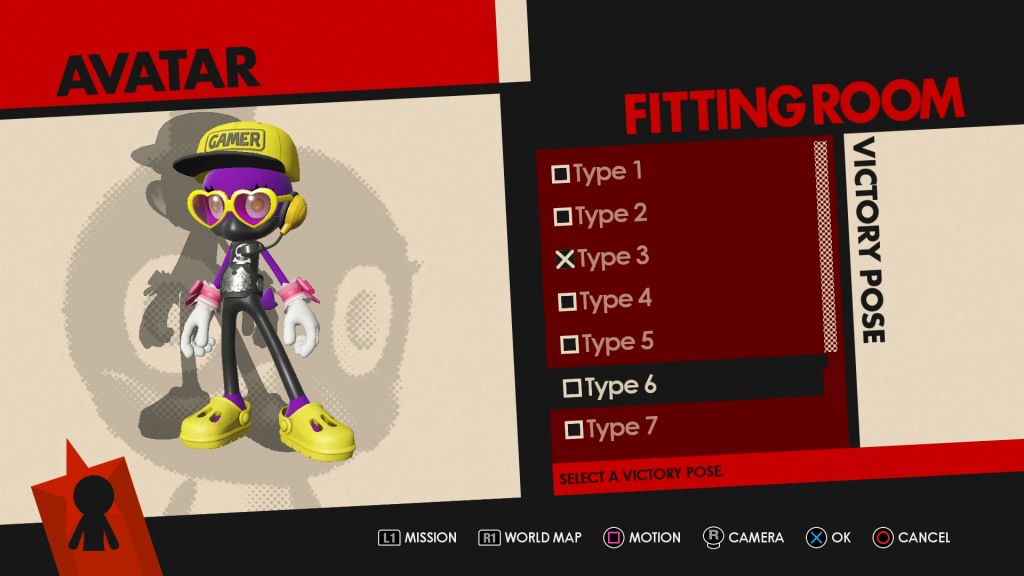 So with the big topics out of the way, all we’re left with is how well the basics are executed, and that’s where things get even murkier.

Forces looks and, as expected for a Sonic title, sounds great for the most part. The voice acting isn’t always on point, but the main players all were on top of their game. I swear, a world without Mike Pollack as Eggman is not a world I’m ready to face. The soundtrack took a few listens to grow on me, and while the stage themes never quite touch the greatness of Infinite’s theme (which is criminally underused in the full game), over time, I’ve come to love it. Of particular note are the vocal tracks used for the Avatar’s stages, especially the gorgeous “Aqua Road“, and the remixes of various Shadow themes for the Episode Shadow DLC.

But it’s not all sunshine and rainbows. The revamped Hedgehog Engine does provide some absolutely gorgeous visuals, especially in worlds like Metropolis and Death Egg, but at times the game almost looks TOO pretty. There’s too many moments in 2D sections where background and foreground elements get muddled up, and that, when mixed with a far-too-zoomed-out POV that makes your character look maybe 20 pixels tall, leads to some rather cheap deaths. Even just zooming in the tiniest bit would be a gigantic help. 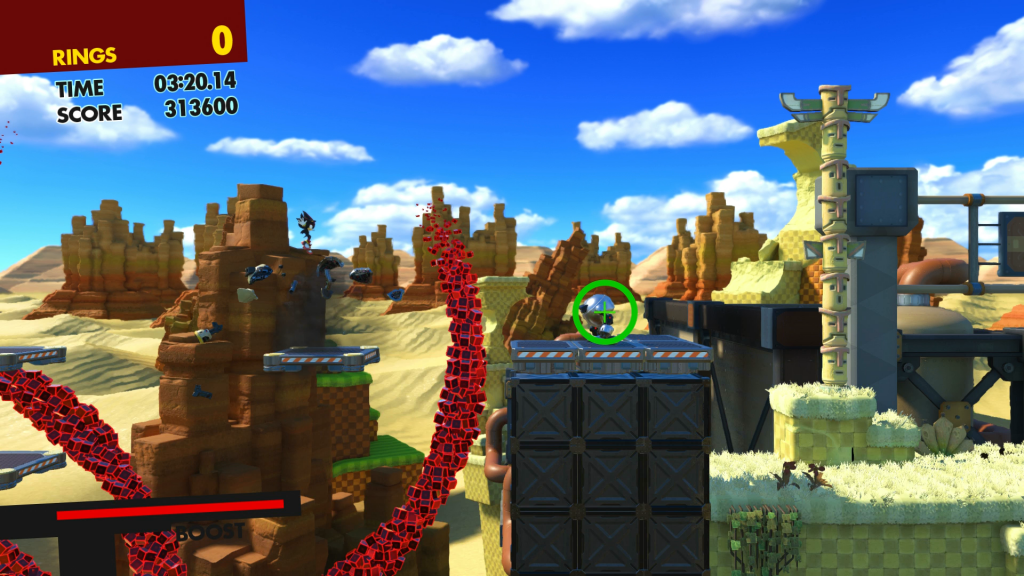 For the most part, the gameplay is about what you’d expect from a Generations inspired title, with each character bringing a new trick or two to the table. As mentioned before, Classic Sonic brings the Drop Dash from Mania, Modern plays closer to his Sonic Colors iteration, bringing back his Double Jump from that game, as well as handling Boost management closer to how Colors did, and the Avatar plays mostly like a slower Modern, but with several broken weapons that almost make their gameplay too easy.

I’ve already ranted about Classic’s gameplay, so what about our two 3D heroes? Modern and the Avatar play reasonably similar to each other, and when they’re at speed and allowed to cut loose, feel pretty great. But when the game slows down, their physics feel too wonky and slippery for the precise platforming that’s asked of you, especially when mixed with the visual shortcomings mentioned above. It’s a big step back from how Modern felt in Generations.

Levels are also far shorter than those found in previous titles, with only a couple approaching the 3-4 minute mark. Even with 30 main levels and several bonus missions, the game is completely beatable within 4-5 hours, and while Sonic has always been built for replayability and speedrunning, many will be disappointed in just how short each stage is. It doesn’t help that several levels have long cutscenes that take the control out of the player’s hands, either. Despite all that, when the game tries, it can still be a blast, especially on levels like Metropolitan Highway and Mortar Canyon, and it’s proof that this style of play still has a lot left in the tank. 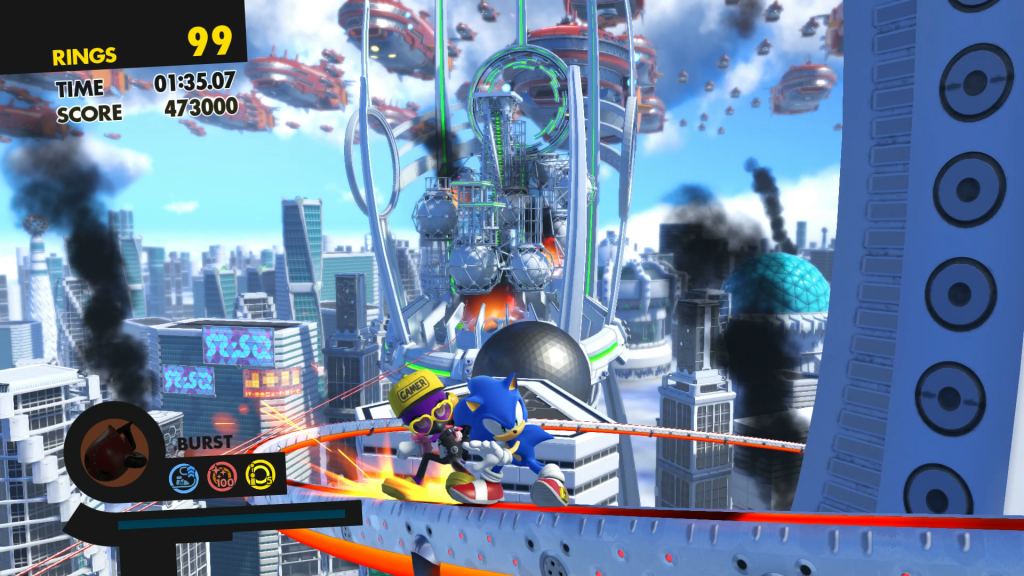 Despite not even coming close to the heights that Colors and Generations provide, when given a chance, Sonic Forces is still a rather fun game at its core. With just a bit more love put into it across the board, and trimming the albatross that is Classic Sonic, we may have gotten a worthy successor to the Hedgehog Engine trilogy’s throne. But as it stands, the uneven balance of gameplay and utterly scatterbrained plot hold it back from being anything more than decent.

But hey, at least Shadow finally got a playable appearance in a decent game, right? 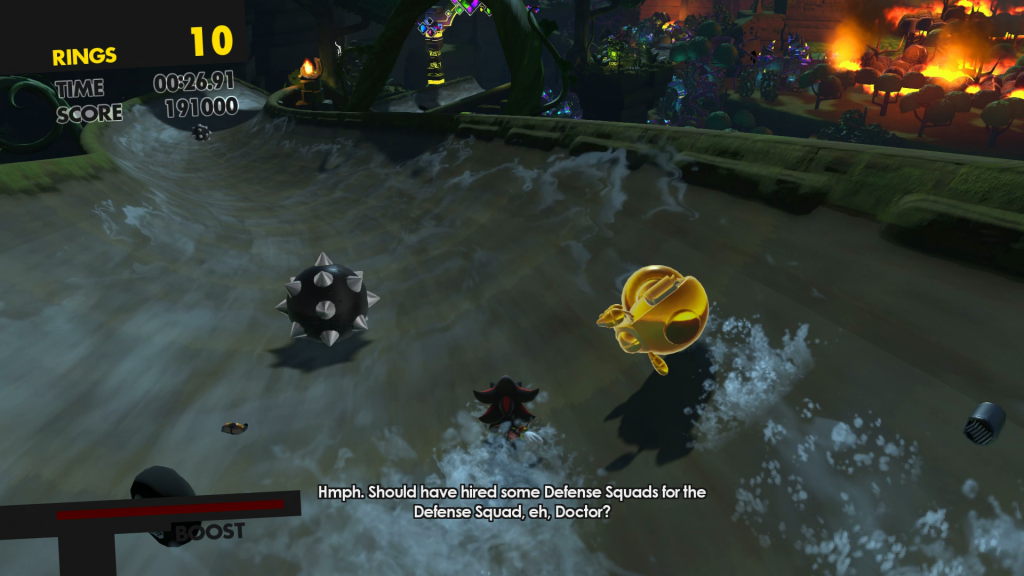 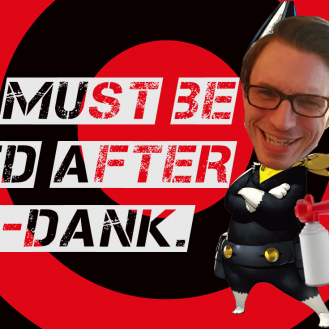