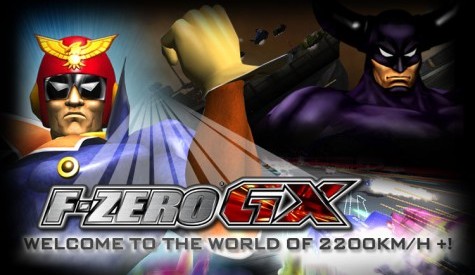 We Sega Addicts are a bunch of happy bunnies indeed. The recently promoted Chief Creative Officer of Sega, Toshihiro Nagoshi, has gifted us with two more high-quality games to worship with Binary Domain and Yakuza: Dead Souls. This only adds to his list of achievements including the Super Monkey Ball series, numerous modern Sonic titles and Sega and Nintendo’s first collaborative software development project, F-Zero GX.

F-Zero GX is a futuristic, non-simulation racer with a large focus on speed. Races generally take place at speeds of around 1, 000 KPH and require the player to swiftly glide around corners while weaving in and out of the 29 other competitors. This has to be done while avoiding damage so that your ship has enough precious energy to use boost power without being destroyed. There is an element of combat during races, where ramming your ship into another will cause it damage and could potentially knock it off the track, and out of the race. 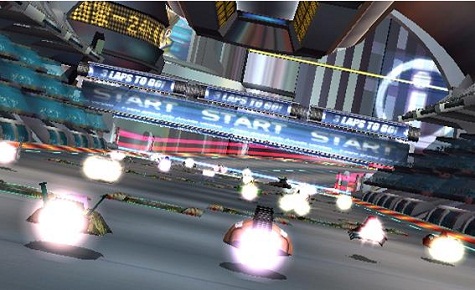 The game consists of four main gameplay modes: Grand Prix, the self-explanatory Time Attack, Story and Multiplayer; I’ll come to the last one later. Grand Prix is the real meat of the single-player game and allows the player to compete in three increasingly challenging, five-track courses, on one of three difficulty levels. Winning the Grand Prix unlocks more courses and difficulty levels.

Story mode is an interesting addition to the F-Zero mix and has you assume the role of Captain Falcon as he unravels a mystery that’ll lead him to the very depths of F-Zero hell. This mode consists of numerous different scenarios that the player must overcome. For example, one level requires you to complete a course Speed style, without letting the speed drop too low, while another has you racing rival Samurai Goroh as his gang members bombard the race track with boulders. These levels are accompanied by some very nice FMVs, complete with voice acting that add some real depth to the F-Zero universe.

Beating levels in the story mode or through the Grand Prix will reward you with tickets that can be used to buy parts for custom ships, or to buy whole new ships. But doing either of these is no easy feat, which brings me to my one and only criticism of the game, its merciless difficulty.

F-Zero GX is hard, and I mean really, really hard. I bought my copy not long after release and spent at least a week just trying to get through the first few story levels, with the grand prix being equally challenging. The game requires the complete memorisation of every track, a good knowledge of the capabilities of each ship and pixel perfect maneuvering skills. This initial difficulty curve made it difficult for me to unlock new characters and almost had me taking the game back to the shop.

That being said, the water-tight controls ensure that the only thing needed to champion the game are skills and determination. The Gamecube’s sensitive analogue stick almost seems designed specifically for this game and allows for the all of the precise maneuvers required to out-fox your fellow racers. Sharp turns are handled by the left and right air-brakes mapped to the two shoulder buttons, with both being held down to execute a dramatic slide. 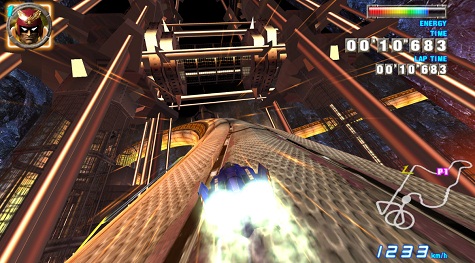 Aside from the difficulty, the game excels in every other aspect. The graphics are nothing short of astounding and the seemingly puny Gamecube offers a very smooth framerate in 16:9 widescreen, and is more than capable of keeping up with the speed of the game. Every track is packed with little details here and there that really add to the overall aesthetics. One moment you’ll be racing over a sea or erupting larva, and the next you’ll be racing through a desert with giant sand worms leaping out to catch prey, then you’ll be inside an enormous cyber-casino racing between gargantuan statues. Other, smaller effects like the erratic bolts of lightning emitted when boosting, and the sparks that fly off your ship as it scrapes along the sides of the tracks, add to the game’s already high production value. 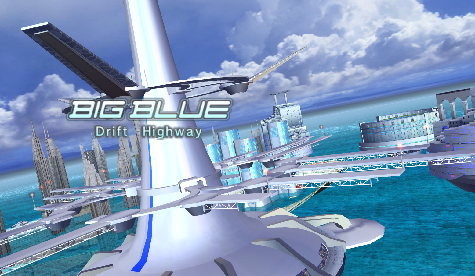 F-Zero GX’s soundtrack has moved away from the awesomely cheesy heavy metal tunes from F-Zero X and instead offers a more modern and mature blend of rock and techno, with each musical track capturing the themes of the race tracks themselves as well as the theme of the game; raw speed. This not only helps to get the blood pumping, but also aides in the players immersion into the game.

For some, the multiplayer was the sole reason for buying the F-Zero GX and in this respect it does not disappoint. The game supports four way split-screen and, when played with three somewhat competitive friends, can result it some really intense races. I originally bought this game when I was still living with my family and my three brothers. There’s few things as satisfying than smashing one brother off the side of the track, boosting in front of the other two and winning the race at the last moment. With such a large variety of racers ships (over 30) and a hearty selection of tracks, there’s always a reason to have just one last race.

It’s hard to talk about F-Zero GX without mentioning it’s ambitious sister project, F-Zero AX, a fully fledged arcade version of the same game. The game ran on the Sega/Namco/Nintendo developed “Triforce” arcade system board which allowed players to use their Gamecube memory card to unlock tracks, vehicles and more for use on the GX version. In retrospect, it wasn’t worth the excitement. With English versions of the arcade machine itself being almost impossible to find, the vast majority of fans were content with F-Zero GX, and for good reason. 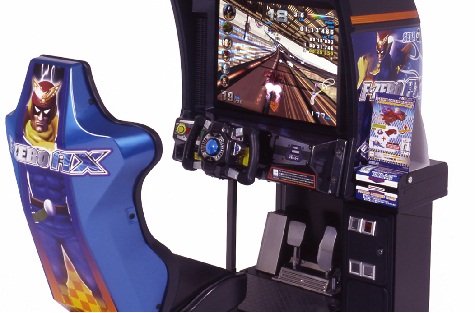 It’s difficult to publish this as a ‘retro’ review. Despite the game being almost an entire decade in age, it still feels as fresh and as modern as the day it came out. High production value, excellent controls and intense single and multi-player action makes F-Zero GX a definite Gamecube classic and is a must have for anyone that enjoys a ruddy good challenge.

F-Zero GX demonstrates non-simulation racing at it’s absolute finest and cannot be awarded anything less than an A+.

Impress your friends with these ‘gorgeous’ iPod/iPhone skins