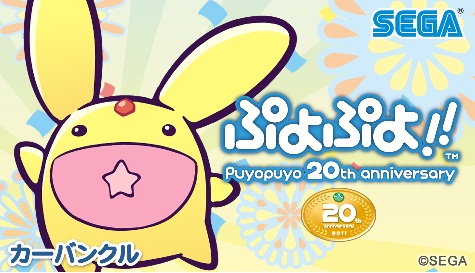 Late last week saw the addition of Playstation Vita wallpapers to the Japanese Puyo Puyo portal website. This shows that, at some level, Sega have Vita owning Puyo Puyo fans in mind and speculations regarding a new Puyo Puyo Vita title being developed have, according to Andriasang, already begun.

Puyo Puyo happens to be my favourite of all the many puzzle series and I have enjoyed its incarnations as Dr. Robotnik’s Mean Bean Machine as well as Puyo Pop, so even though I don’t own a Vita I am glad of the fact that the series will live on, assuming a new Vita title is indeed being worked on. What’s that? You like Puyo Puyo too? Of course you do, so let us know what you make of this in the comments below!