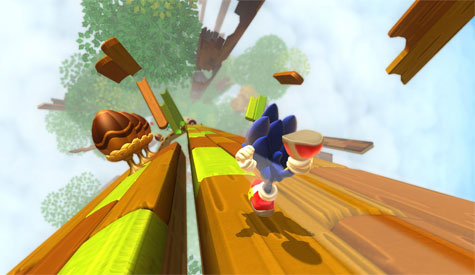 When Sonic Lost World was announced and the early trailers started to roll in, one thing (other than Super Mario Galaxy) popped into a lot of retro Sega fans’ heads; Sonic X-Treme. Sadly, Lost World is NOT the game that never was, as when Sonic Stadium asked Takashi Iizuka – the head of Sonic Team – if the cancelled Saturn title had any influence on Lost World‘s development he replied:

No. Not at all. Actually, the developers of this game don’t know about Sonic X-Treme so it’s all new.

Of course, he could be telling porkies and it was actually his idea to rehash themes in the first place, but I’ll guess we’ll never know. The interview it pretty interesting and covers the development of the title, use of Pro controllers, some exclusive game content and Sega’s strong relationship with Nintendo – which still has one unannounced Sonic title left to come. Sonic Lost World is out on the 3DS and Wii U later this year, and in the mean time you can check out the newly released boxart, a 3DS trailer and some gameplay from both consoles.

Reviews of Consoles I Haven’t Owned: The SEGA Master System