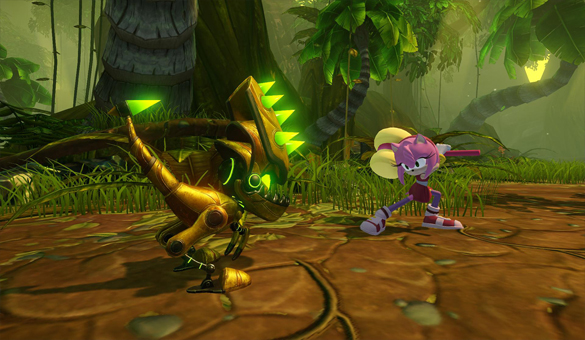 Probably the most bizarre thing we know about the upcoming Sonic Boom is that it will be using Crytek’s CryEngine 3. Speaking with Official Nintendo Magazine, Sega producer Stephen Frost explained why exactly the developer, Big Red Button Entertainment, decided to use CryEngine technology:

You associate CryEngine with lush, tropical, beachy things. These are also things with which Sonic is associated, so they work together.

We worked in close contact with Crytek in Germany, and the team there is pretty excited about that as well. In the end, it was simply the right choice for the project.

Additionally, it was revealed that thanks to the modified version of CryEngine 3, Sonic Boom is able to execute split-screen gaming, which isn’t normally possible on this engine.