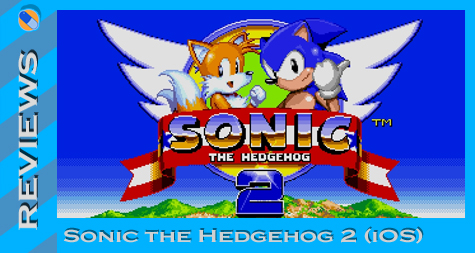 It’s certainly difficult trying to review a game like Sonic the Hedgehog 2 as if it were new. The game is simply ubiquitous at this point, not only as Sega’s mascot, but as a standard in the platforming genre. I have an interesting history with this particular game. When I first got a Sega Genesis, it was bundled with a copy of this game. I’d never played the original Sonic and really got my first exposure to the character with this game. However, when I look back on my history, I realize that even though I have always had this game when I began my tenure as a Sega player, I’ve actually never beaten it. I think the furthest I had gotten was Oil Ocean before just giving up and playing something else for the system. So not just for the purpose of this review, but for my own personal achievement, I made it a priority to finish the game this time. To my surprise, it was more challenging than I expected. 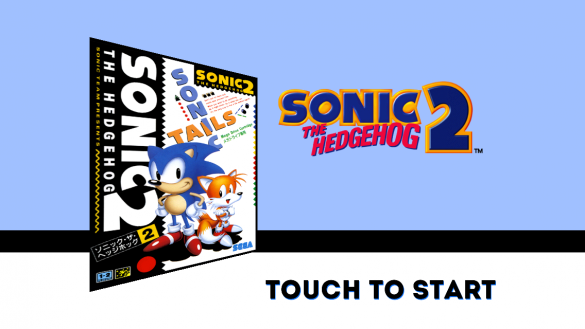 It is worth noting that this version under review is the recent rerelease for iOS by Christian Whitehead and his team. Similar to the original Sonic rerelease, this version adds additional playable characters like Knuckles and Tails, as well as the previously unavailable Hidden Palace Zone. More on that later. The first notable aspect of this release is the new frame rate which now runs at 60 fps. At first, you’d wonder what the big deal is as it looks and feels like the old game, but once you see the two versions next to each other, it is hard to not marvel at the smoothness this new frame rate achieves. This also feels so appropriate for a game that is about speed. 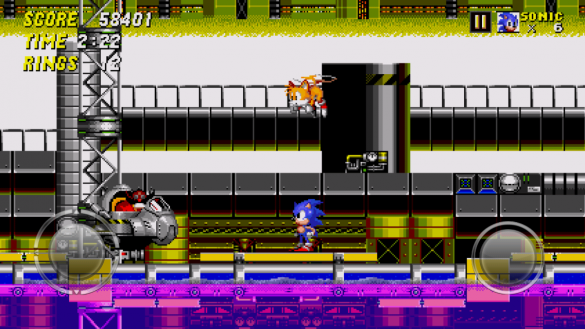 Booting this game up, I was able to blast through the first few levels with much ease. These first levels seem to be burned into my brain, as I’m sure it is with many other Sonic 2 players. After that, I noticed something that I never realized, this game is pretty damn hard sometimes. I seem to remember Sonic as a game that can achieve zen-like bliss when you get in the zone of running and bouncing almost invincibly through a level. Not so much the case, surprisingly. There are still the water areas most of us seem to have repressed from our memories. While these parts are a part of legacy, I can’t imagine anyone really enjoys them or looks forward to them at the start of a level. They slow you down to the point of intense frustration. But video games arguably are about problem solving, so getting annoyed with something like this is like dinging Donkey Kong for those pesky barrels. It simply is part of history at this point, and complaining about it is pointless. 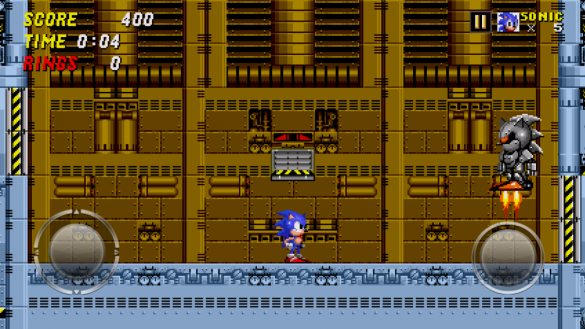 Having said that, there is a noticeable shift in the flow of gameplay when the game progresses to Metropolis Zone. The game becomes less about speed and more about timing. This was surprising to me. The sheer amount of instant kills that can happen by being crushed by moving platforms really took me aback. In this event, the game becomes less of a speedy platformer and more of an exercise in twitch gameplay. Not that this is a bad thing, but I wasn’t expecting to build muscle memory while playing this game.

These may seem like many negative points, but I’m just trying to bring my perspective to a review of this classic and game. Make no mistake, this is still Sonic 2, a masterpiece. But in the age of constant handholding with modern games, the difficulty can be a bit jarring. I died dozens, if not a hundred times playing through this game on my phone. Luckily, the game saves whenever you get to the latest zone, so a Game Over is not the end of the world (unless you choose a No-Save game. In that case, God help you.). 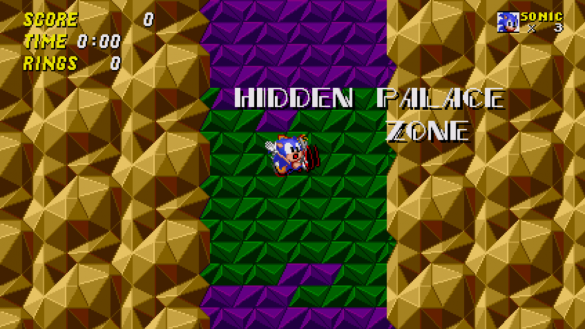 Moving on from the actual game, the true star of this show is Christian Whitehead and his team. The love and attention to detail showcased with this release seems almost like a dream. I’m not saying that Sega is apathetic to its fans, but I doubt they would ever green light a project like this if Whitehead hadn’t proven the strength of his Retro engine and how robust it can make a game that is over two decades old at this point. It is really sublime in execution, right down to the selectable box art by region. Things may seem similar if you have played the rerelease of the original Sonic, released about 6 months ago. There are many improvements, that don’t necessarily impact the game in a negative way, but just simply feel right. Things like additional characters and time attack mode. Sure, Knuckles was not even a thought when the original game came out, but if he is available as a playable character within this engine, why not throw him in there? 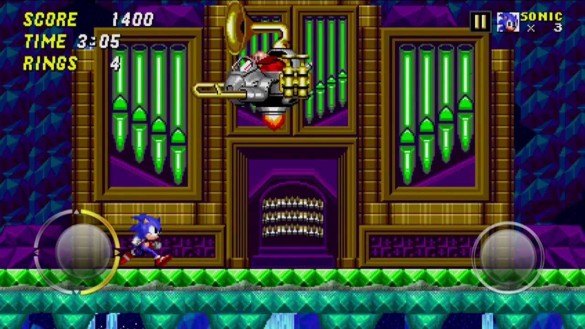 Another very important addition is the Hidden Palace Zone. While it is quite short and seemingly lighter in enemy concentration, it is a fun thing to see. The most notable aspect of it is the experimental nature of the zone. A heavier emphasis on organic design that came into full force with the release of Sonic 3. Things like dinosaurs and plant life clutter the zone’s layout. While it isn’t world-shattering, The inclusion is noble and much appreciated. It is the details like this that transcend this release from being just a game, but more a history lesson in Sega’s influential history of the industry. 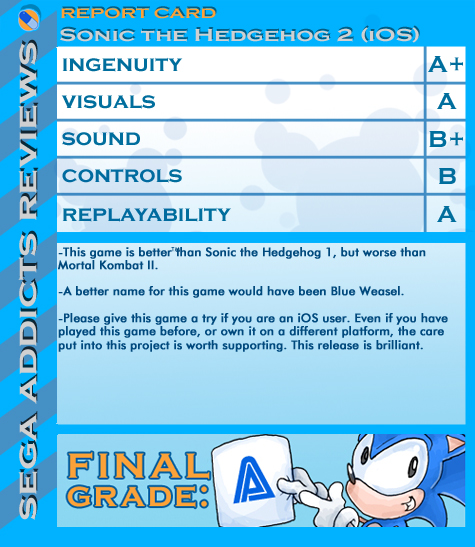 The Sega Addicts Kids Table: Episode 60 – Requiem for a Catchphrase