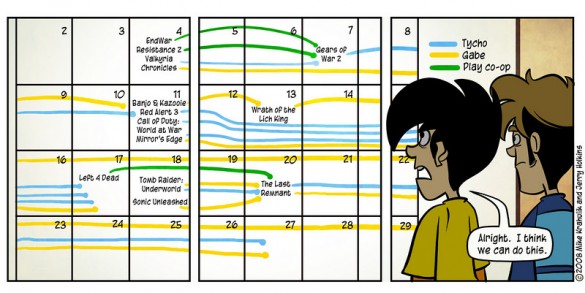 Some of my fellow Addicts will be aware that, in five short months time, I will be moving back to Japan. Naturally, I’m hugely excited and, having lived in Japan for several years previously, know just how wonderful a country it can be. However — there’s always a however — I own damn near 700 games from the Master System up to the most recent generation and only half of those have been completed. What am I to do with all the unfinished games? I can’t very well take them with me. Well, it looks like I’m just going to have to play them of course! Thus, we are launching a new weekly feature that follows my attempts to clear my monstrous, shameful backlog. Every Friday there will be an update right here, including the games I’m tackling, those I’ve beaten and those to whom I’ve succumbed. Naturally I’ll be giving insights and opinions as I take on the beast and you will be able to follow my progress through Twitter and the wonderful Backloggery site. Click for more details on which games I’ll be up against and make a note of Fridays here on Sega Addicts.

In choosing what constitutes the backlog, I need to take several factors into account. Naturally, my PSP will be coming with me and thus the games do not need immediate completion. My PS3 is a back-compatible Japanese model, giving me access to Japanese PSX and PS2 games and PS3 games from all regions. I’m taking this with me, so, right now, I have no need to complete my PS3 library or any of my near hundred Japanese Sony games. There will be plenty of time for that in Japan. Similarly, my Wii is a modded Japanese version, this gives me open access to all Wii and GameCube games and, like the PS3 and PSP, will be making the journey. Thankfully, there’s no pressing need to complete my outstanding games on any of these platforms. 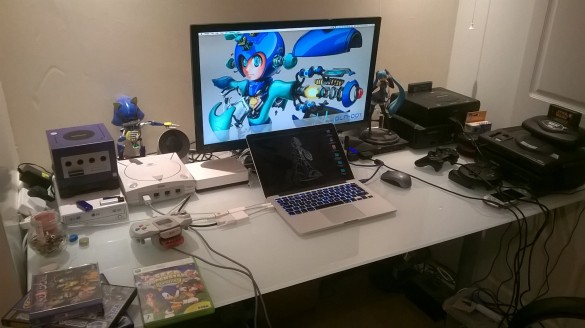 What of the older games in my collection? The Master System, Mega Drive and just about anything that came on a cartridge? Emulators via my Wii can take care of this, so I can rule out having to tear through some rough and ready games from the mid-80s. Emulation can be similarly useful for western PSX games. However, Saturn emulation, especially on Macintosh, is still far from perfect, so I have my first platform to consider. Similarly, the Dreamcast, PS2 and original Xbox (let’s just call it the Oxbox) are far too recent and powerful to have effective emulators running on my Mac. While I can have my Japanese titles sent over to me to play on anything I buy in Japan, it leaves the question of my PAL and American games. These need to be completed.

Now, for my biggest shame: the Xbox 360. As my main gaming platform of the last generation I bought a huge number of titles both digitally and at retail. It helped that it was so unpopular in Japan that shops were all but giving the games away (indeed, in one of my local game shops I had to walk through the porn section to even get to the Xbox games; Microsoft, less socially acceptable in Japan than hardcore). This ‘too good a bargain to ignore’ excuse is what I tell myself to help me sleep at night. All told, I’m looking at around sixty games on the 360 alone that need beating. 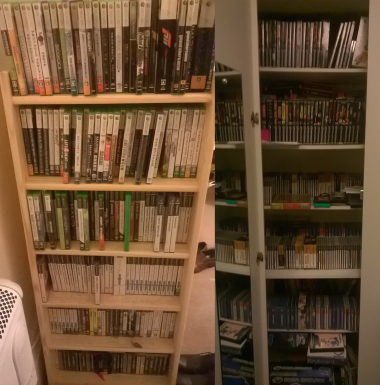 Across these platforms, I have a total of 147 titles. This can be slimmed down a smidge by removing games to which I gave a good, fair shake but just did not like (sorry Bioshock). Similarly, compilation discs that can be covered by emulators (Capcom Classics and Midway Arcade Treasures, get to the back of the class) save me a few more titles. Finally, some games have HD remasters that are the definitive versions (we’ll call my non-HD version Demi-God of War) and still more I have, say, the fourth title in a series, but never got around to buying parts one, two and three (I don’t want to miss out on the ‘script’ for Devil May Cry, after all). These too can be excused. All told, the final tally is 107, which breaks down like this…

This is not as daunting as it first seems. For some titles, like Sonic Adventure 2, I own multiple copies across different platforms (PAL Dreamcast, Japanese Dreamcast, XBLA and Gamecube). With these, I’ll be able to chalk-off several entries in one go. Similarly, my taste for arcade action means many games, like Manx TT, might take a great effort to master but will not take a long time to ‘beat’. With five months left, I need to average 21 games a month, or just over 5 games a week! Can I do it? I can but try. Wish me luck!

Battle of the Backlog Episode 5: Nine Down, Seventy To Go