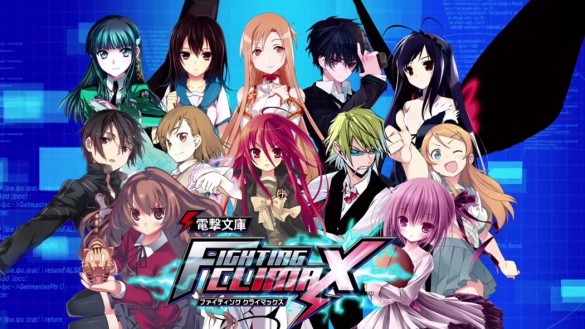 The very first fighting game I ever played was Mortal Kombat for the SNES, a simple but “hyper-realistic” fighting game that featured colorful animation, brutal moves, and a weird cast of characters. It was, if I’m being frank, the video game that hooked me on games, even if the title of ‘first video game romance’ goes to Sonic Adventure (SHUT UP BRETT). Fighting games have always been like professional football, professional wrestling, and cooking competition shows: I try my hand at all of them, but I’ve never been good and much prefer to watch. That hasn’t stopped me from being caught up in the spectacle though; from Mortal Kombat to Street Fighter V, I’ve tried my hand at as many games as possible. Enter: Dengeki Bunko: Fighting Climax.

The very first anime I ever saw was Tenchi Muyo, a show about an average Japanese teenager who somehow has 30 voluptuous anime girls all over him, fighting for some of that sweet D(ANK). Coincidentally, this was also the very first anime my mother ever saw. Also coincidentally, anime was banned from my house for about 4 years. When my mom came around, I grew up on the classics like Dragonball and Pokemon, but my taste fell away from anime pretty quickly. 2007’s Persona 4 was actually what revived my interest in glorious Nippon and its wares: JRPGs, manga, and other Japanese video games quickly filled my taste again, but I never ventured back into anime, not for any reason other than lack of general interest. 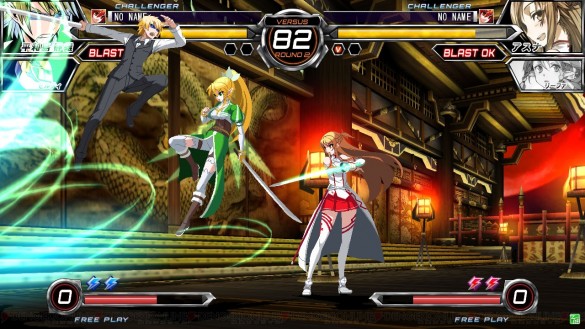 The very first time I picked up Dengeki Bunko: Fighting Climax, (DFC) I was not prepared for how anime this game ended up being. It’s mashy. It’s a pool with a shallow end that somehow also opens up into the ocean. It’s bright, fast, fluid, and a lot of fun to watch. The most accurate comparison I can make, as much as this will cause fans of both franchises to cringe, is that DFC is a lot like Smash. A crossover fighter seemingly birthed from collaboration, or a game that gets to pit fandoms of franchises with hardcore followers against each other- you tell me which one I’m describing. 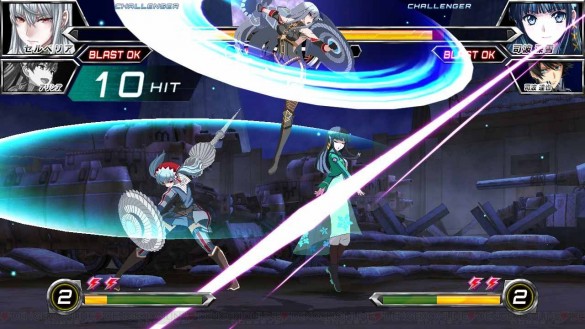 DFC marries two concepts in fighting games that have evolved over the years: the story-driven, simplistic fighter and the complex, competitive focused fighting game. I can’t attest to if it does it well or better than other games that have tried to do this before, but it certainly makes the game stand out among the crowd. I can say that they’re rather generous in calling it a “story mode”: with little more than additional text boxes, you’d be forgiven for thinking that you’re in arcade mode. It’s a shame and incredibly unfair, when I compare this to Mortal Kombat 9 (MK9) and Mortal Kombat X, that the story mode of the game feels so lacking, but MK9’s arcade mode had individual arcade endings. It makes you wonder where the focus went. That is, until you pick up the competitive versus mode.

Complex, competitive fighters often pride themselves on the barrier to entry, the thing that makes them so difficult for the average player to try. 720s, 1080s, Z-motions, and the like have kept people without the time or money to invest in a game from becoming anywhere close to average competitive skill. DFC ignores this; the mechanics of the game are very simple. Sticking to quarter-circle and half-circle inputs, the commands are much simpler to input, which makes newbie players like me that much more able to do things like perform cool moves. The feel of a fighting game is important; it’s difficult to say what can make a game feel good, but making games demanding, punishing, and harsh are surefire ways to make a game feel bad. 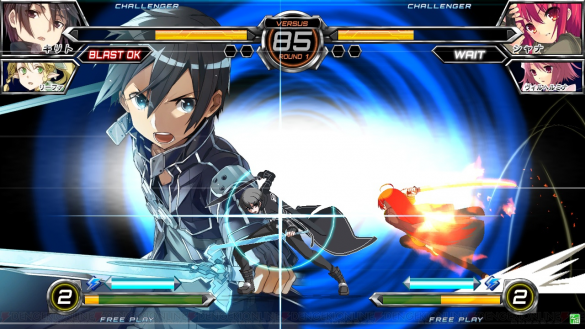 This commitment to making commands slightly simpler makes it feel more rewarding to try new things, both visually and gameplay wise. Players like me are more likely to see special moves, and the reduced difficulty of input means that players can experiment, find effective ranges, and try to get a feel for when and where they should make moves. It’s an highly rewarding and commendable effort in an industry where franchises aren’t often experimenting with inputs and control schemes. The game is simple- very simple by comparison to highly complex fighters- which actually makes the game ideal to play for beginners. The roster even keeps many of the same commands across characters, making character selection just as experimental as inputs and allowing players to get a feel for who they like. Unfortunately, that’s where the negatives come in.

Characters, and more specifically rosters, are the bread and butter of fighting games. DFC’s commitment to experimentation and ease of access hurts when you realize that the characters are mostly the same. With differences in movement, height, and other minor differences, the standardized input makes the characters control, and thus feel, far too similar. Street Fighter, for example, while having 1080s that make grapplers difficult for beginners, feel vastly different in control from strikers, who rely on quick combos. The lowered barrier to entry means new players can enter the playground, but quickly find that there is little else to learn once they have conquered the jungle gym. Assists and power up systems are plentiful but also severely lacking in meaning; in my time playing, I found that I was often accidentally triggering potentials, giving me boosts that while I was thankful for them, didn’t have the impact I had hoped for. 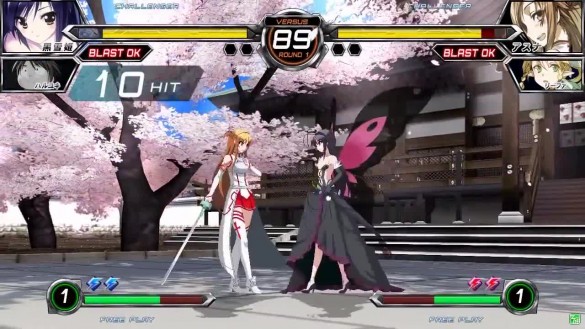 In trying to be more open, DFC has inadvertently left itself in a box. The ease of access is amazing, astounding, and truly a testament for a genre that so heavily fights against trying new things. However, it lacks the follow through on so many, which makes it incredibly disappointing. It feels like my fault, honestly- I want a game that has a low bar of entry, but with complexity- a game that gives me a lot to start, more to learn, and makes me work for every bit. That may just be a balance that’s too narrow to ever hit in fighting games, and I may have to compromise what I want. But DFC gives it an amazing shot. For its faults, the game is visually interesting, and feels very fun to play, but I can’t shake my desire to see a little deeper into sea. What I first thought was an ocean turned out to be a sandbar- depth that, compared to the kiddie pool, was there, but ultimately left me looking out into the sea, wondering what was out there.