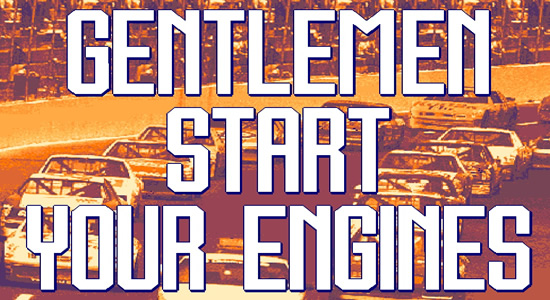 What do you get when you take someone who is a total gearhead and a (wait for it… WAIT FOR IT…) Sega Addict and has very little experience with writing, and give him an opportunity to write a weekly feature for this site? If you answered “a train wreck”, well… Let’s wait a couple weeks for that judgment! But in all seriousness, I was asked if I wanted to try writing a weekly column, in addition to my duties as the community manager (JOIN THE FORUMS!), so I thought, why not give it a shot and try to do a Sega racing column? Racing is almost as synonymous with the company as the color blue and hedgehogs. The company even went so far as to sponsor Formula 1 races and race teams at the height of its popularity, so it’s safe to say they have a love for the genre. Of course, if you’re on this site, you probably have a good idea already as to how many great Sega racers there are, and none, at least according to this Addict and some arcade record books, was greater than the one I’ll be talking about today…

That’s right. Since it’s arguably Sega’s most famous racer, and since this week’s NASCAR Sprint Cup race is at the titular track, why not start off this column by talking about Daytona USA? 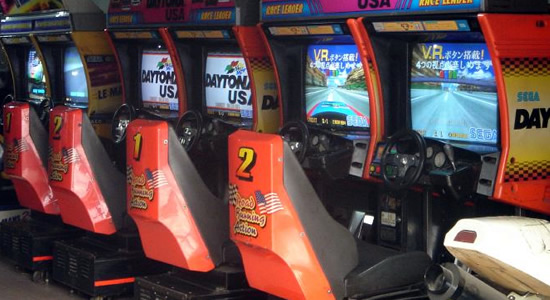 Two linked Daytona USA units in an arcade. (Image by DCMaster on Flickr)

At the time of its arcade release in 1993, it was one of the most technologically advanced arcade games on the market as it was the first to use Sega’s legendary Model 2 arcade board. At the time, the game looked absolutely phenomenal, having the vivid visual style that Sega became very well known for, yet still having a realistic stock car racing feel to it as well. It had a lower polygon count than its predecessor, Virtua Racing, but by taking advantage of the Model 2 board’s texture mapping feature, it ended up looking miles better. The lower polygon count, along with the new hardware, allowed the game to stay at a constant 60FPS refresh rate in single player mode, even with multiple cars on screen, which, again, was astounding for an early 90s racer.

The gameplay was your basic arcade racer for the most part, where you would have to race not only the competition, but the clock. Standard fare. But the real draw was in the multiplayer. With a possible 8 players on one machine (still rare at the time), flat out insanity occurred on every lap, and people couldn’t get enough of it, hence why it is one of the highest grossing arcade machines of all time, if not the highest. And even with just two players, it’s still a blast, maybe even more of one. It’s still not uncommon to walk into an arcade (provided there’s still one near you) and see a DUSA machine still getting tons of play. It was that good. 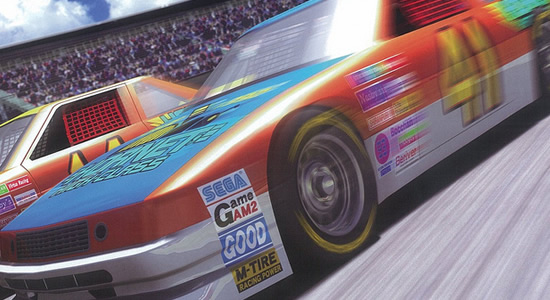 A rendering from the HD remake of the original Daytona USA, Sega Racing Classic (Image by Sega)

The series went on to spawn an even more popular sequel, Daytona USA 2: Battle On the Edge, which many have claimed to be the best arcade racing game ever (The jury’s still out for this guy, although I can definitely say it’s quite amazing!), several home releases on the Saturn, Dreamcast (the version which I played to get in the mood for this article), and PC, and an HD remake without the Daytona USA title (due to International Speedway Corp. owning the rights to the Daytona USA name) entitled Sega Racing Classic announced for arcades in late 2009.

The game’s legacy goes even further than that. The game’s fanbase has made sure the memory of Daytona USA lives on in stellar fashion. If there’s a racing game where you can make your own paint scheme, best believe that someone has recreated the Hornet #41 in it. There’s even a full on mod for NASCAR Racing 2003 where every car from the original arcade game has been recreated, and I’m sure that’s not the only game that has such a mod.

Its impact on the racing genre can easily be seen. It took the arcade racing genre to new heights, if not flat out revolutionized it. It wasn’t the first to do linked cabinets for multiplayer, but it certainly popularized it. It’s now hard to find a racing game in an arcade without the linked cabinets. It was also an early glimpse of how good the Model 2 board would be, and showed that while Sega was arguably more focused on their home consoles, they were still a force to be reckoned with in the arcade marketplace.

And as for my feelings on it… It still holds up rather well today. It’s not my favorite arcade racing series anymore (That title went to Ridge Racer), but it’s still right at the top of the list for me. It’s hard to think of better memories than beating my dad at it for the first time, or the first time I saw it and freaked out because it was my favorite sport, done by the same company that did Sonic. (ask anybody who knew me back then how big a deal anything by Sega was for me thanks to Sonic. It was downright scary!) I know a true sequel is pretty much out of the question, thanks to copyrights and all, but oh how good it’d feel to see “******* USA 3” pop up on a release list at some point instead of another remake like SRC…

You may not hear about it as much as say Sonic or Virtua Fighter or Shenmue, but make no mistake, Daytona USA is easily one of Sega’s most beloved and important franchises. If you can get your hands on a Saturn or Dreamcast copy, or if you can manage to find an arcade that has it, I implore you to play it, even if you’re not a racing fan, just to experience a piece of Sega history.

And now, if you’ll excuse me, I have another championship to win on my Dreamcast copy. 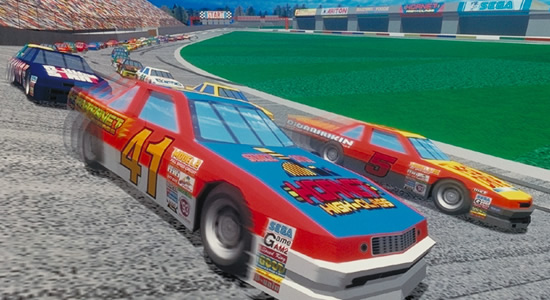 Fly on Hornet. Fly on. (Image by Sega)

(I hope you guys enjoyed this. I’m not exactly a pro at writing like the rest of the staff, so any ConCrit you guys have would be lovely. And if you have a favorite Sega related racing game you want to see profiled here, shoot me an email or a tweet, or just leave a comment here, and I’ll definitely consider it! Thanks for reading!)