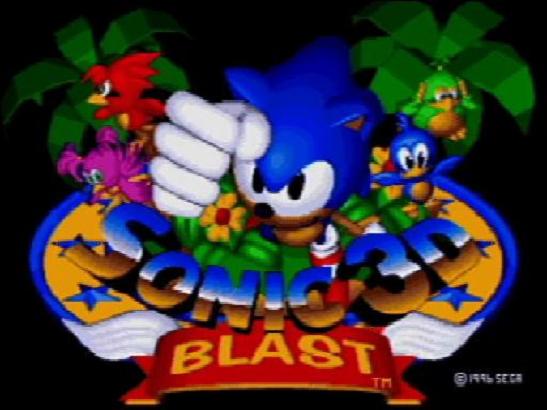 We all knew this was going to happen eventually.

Whenever a discussion about terrible Sega games is started, it’s never long before this game is mentioned by someone. Here you can see for yourself: this game is mentioned rather early and talked about more than any other seems to be. Why is that? The game really isn’t as terrible as games like Action 52 or Bubsy, yet it’s consistently mentioned in the same breath as them. I’m sure just about every one reading this has played the game, and I’ll bet just about as many people hate it, but why do we feel this way?

Well for one, it’s nothing like any other Sonic game. Sonic games usually consist of running and jumping your way through levels as fast as you can, but in this game you have to destroy all the badnicks in a section, collect the flickies that come out, jump into a giant ring, rinse and repeat. What the hell is that? Since when does Sonic care about slam-dunking flickies into a giant ring? Usually he slams into a robot and lets the little bastards run free. This game gets repetitive fast too. It usually takes me a level or two before I get bored and play something better, only to realize I need to play this game more to talk about it. So I crawl back to it and play a couple more levels, only to quit so I can watch some paint dry. Hint: if you get a friend and you both paint a piece of wood at the same time, you can race to see whose drys the fastest! That is more fun than this game. Most games are based around a single important mechanic, but this game never really evolves it to keep it fresh. It’s always the same boring formula, the same mundane tasks, and the same stupid checkerboard patterned floor.

Hey, that reminds me, the graphics! The graphics aren’t actually bad, they’re just inconsistent. The sprites look incredible for a Genesis game, and so does some of the scenery, but why Sega thought the monochromatic checkerboard floor was a good choice will forever be beyond my understanding. It’s like storing ice beside a fire – that shit doesn’t go there. Then we have the glorious isometric viewpoint and viola, you have a headache-inducing game that begs not to be played. I literally get a headache every time I play this game for more than 5 minutes (which made this post really hard to write). 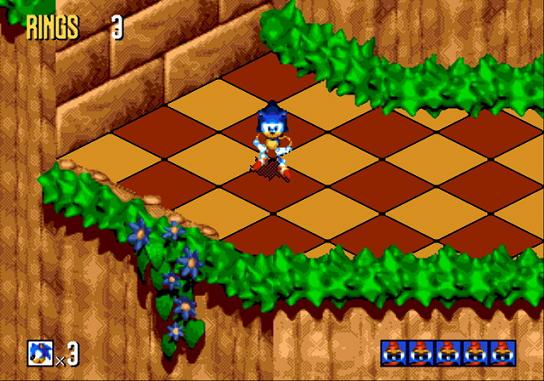 The controls of this game are easily the worst of any Sonic game I’ve ever played, and the isometric view does nothing to help that. I can never move the way I want to and I almost always hurt myself trying to kill an enemy. Normally I would just avoid them, but this game requires that it gets done. This is frustrating to no end. When something bad happens I can never fully tell if I made a mistake or if it was a control problem, so I usually end up second-guessing every move I make, which causes more problems and makes me blame myself more. Great, this game causes headaches and self-loathing. Some escape from reality this is, my head hurts, I hate myself and I’m bored, thanks Sonic! And when you hit a wall at high speed you bounce off it at a higher speed, often into something that kills you. Soon, you’ll find all your controllers will be shattered or lodged in the wall, so you won’t have to play anymore.

Then there are the boss fights. I guess the developers felt that if you take a game that’s hard to play for several reasons and throw in unfair boss fights that will fix all the problems. Well, that didn’t work, it just makes them all more apparent. The only way to attack Robotnik is to attack the glass of his space ship and if you touch anything else you get hurt. Unfortunately this is close to impossible because of how screwed up the view is. The second zone’s boss fight requires that you jump on a moving platform and then onto Robotnik to make an attack. I would love to see someone do this, because I sure as hell can’t. 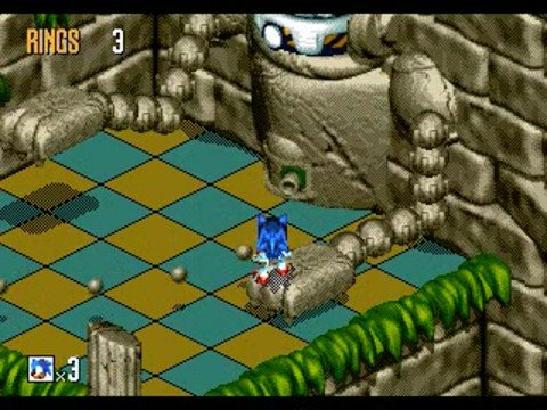 He also shoots at you.

To sum it up, this game is undoubtedly bad, but what makes it worse is that we’re used to Sonic games that are so much better than this. The smooth, well-designed platforming challenges of the Genesis Sonic games are nowhere to be found here. Genesis Sonic games have a reputation for being some of the best platformers there are, but this game is not good, and it’s a stretch to even call it a platformer. Play Sonic 2 and then play this game and I guarantee you’ll hate it. Now play Flicky and play this game imagining that Sonic is the bird. You’ll still dislike it, but you probably won’t hate it as much. Without Sonic this game would have likely just been forgotten as a tech demo that was way too late to the party, but thanks to the Blue Blur’s face on the cover this game is remembered as one of the worst of all time.

Don’t forget to leave some feedback in the comments or in the Not-So Classic Games thread. You can also follow me on Twitter. Next week I have something crazy planned, so get excited for it. 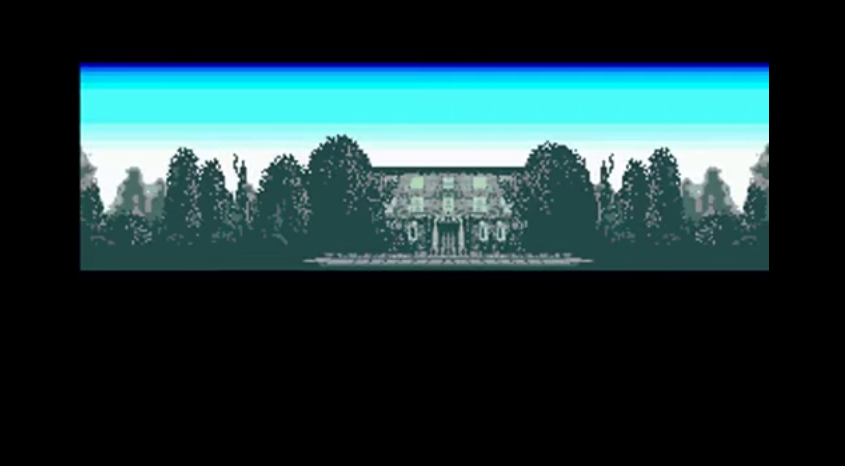