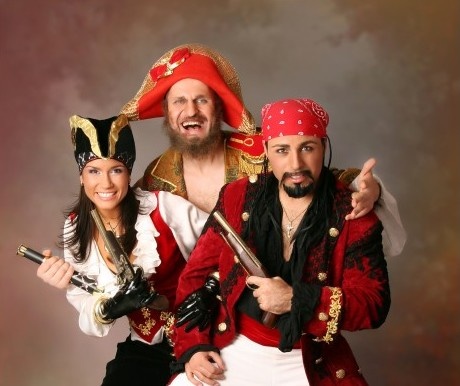 The Sega Addicts staff during their leisure time

Hey, people. How was your 9/11? My whole house still smells of smokey delicious Qurans.

Time for games of the week!

I’m knee deep in Kingdom Hearts Birth By Sleep and I gotta say I’m enjoying it. Trying to control the targeting and camera systems at the same time during battles can feel like wrangling two sugared up 4 year olds on leashes in a Toys R Us but I’m digging the game. I also picked up X-Men on the Genesis in a used game store and played it for a few minutes. I’ll have to pick it up again later when I have more time. I also discovered a game called McDonald’s Treasure Land Adventure by TREASURE while writing my 10TTAS this week. You can see my whole feature on it here.

Nothing very fresh from me this week – I’ve just been playing a healthy dose of Psychonauts, along with a sprinkling of Trials HD, and just a dash of Nights on the Wii… I don’t know how I managed to convince myself that I liked that thing.  Oh, and per Destructoid’s Conrad Zimmerman’s recommendation, I picked up Super Mega Worm for my iPhone, and dear lord am I hooked.  Any fan of 8-bit games and/or Tremors NEEDS to give this a try.  The controls take some getting used to, but once you’re in, you won’t be able to get back out.

Since the announcement of Bit Trip. Fate I’ve been trying to get through the Bit Trip games which I haven’t finished. Those being Bit Trip. Core and Void. Not much progress on those, except I finally beat the first level of Bit Trip. Core. Go me. As you Sega games i’ve been playing random Sonic games. Just pop one for a minute while I’m bored. But that’s about it for this week. OH! That and indie game Solace which you should look up because it’s really quite interesting. But that’s it for this week from me.

This week has been pretty hectic, but happily I still found some time to get a solid amount of playtime in.  I spent a good chunk of the week finally discovering Fable 2 after being a couple of years late to the party, but am enjoying the hell out of it. Thursday, the Chicago Nerd Social Club did an online meet-up of Modern Warfare 2, which was surprisingly invigorating since I was able to play online without the typical crowd of toddlers and tool bags. Then I also got to curl up with Crazy Taxi and well, you all know how I feel about that. Otherwise, as always, too much work to do and nowhere close to enough time to get it all done.

MOAR TEKKEN 6. Played online with a friend for about two hours Monday night. So much fun. I really can’t think of a better fighter currently on the market. Other than that, I found a little fanmade PC game based on the Haruhi Suzumiya series called Suzumiya Haruhi no Gekitou that plays a bit like Power Stone, and I’m loving that, too. Actually doesn’t feel like a fanmade game at all. If you’re into the series and/or Power Stone/Smash Bros.-esque games, I recommend it.

My week has been pretty abysmal for games. I’ve played maybe 10 minutes of Bayonetta because I’m stuck on Chapter 6 or 7. It’s not even that I can’t do it, its just every time I try to something comes up like a friend comes over, or dinner is ready. I’ve probably played through it about 6 or 7 times to no avail. I really need to sit down and finish it because it’s getting to the point where I’m really bored of it. I also played a few minutes of some Beavis and Butthead game for the Genesis before throwing myself down a flight of stairs. Words cannot describe how terrible this game is. At least not until Wednesday, when I do a Not-So Classic Games feature on it. It takes unintuitive game play to a whole new level.

Aha! I can finally participate again. Chilling in San Francisco with the wonderful Vanquish playable demo. Exactly what I wanted it to be, especially with the incredible climax against big transforming golem guy. It felt like I was playing a spiritual sucessor to Probotector. Also picked up a copy of both Ys Seven and Valkyria Chronicles II, which both have me salivating for the PSP which I forgot to pack like the moronicle that I am. Less sega-related I also got my hands finally on the PS3 version of Sengoku Basara and my life is almost complete. I need that game. Also after reading Matt’s GOTW I might have to go back and play the 2nd X-Men game on the genesis (Clone Wars I think?). That was pretty much as good as a two-player X-Men game has ever gotten.

So my new best friend Elsa from Destructoid gave me here dreamcast, 30 games, two controllers, and a vmu. So its been a good week for me. I tried to play Sonic Shuffle for 15 minutes before I realized it one of the worst games of all time. Do you know you can drown in that game? How is it a good idea to have a Sonic board game whre you drown? Took that crap out and have been rocking Toy Commander and Star wars Pod racing pretty regularly. Pod racing in particular is pretty intense. Rock.

I’ve been doing a lot of writing this week, but I’ve had time to squeeze in some BlazBlue CS and Virtua Fighter 5. I’ve also been playing Gladiator Begins and Valkyria Chronicles II for review. GB is… Interesting, but VCII is absolutely awesome. I’ve got a while to go before I can write the review, but if you’re on the fence about getting it, do it.

The only thing I really played this week was the Minerva’s Den DLC for Bioshock 2. It was one of the best DLC packs I’ve ever played and it told a much more compelling story than the main Bioshock 2 one and it definitely rivals the original Bioshock. It’s only a few hours long but I think that played to its advantage as they didn’t drag it out just to make the experience longer.

Other than that I played some more Shining Force on the iPod Touch. My ability to win battles has improved dramatically.

What have YOU been playing this week? Shout out in the comments or join the forums!