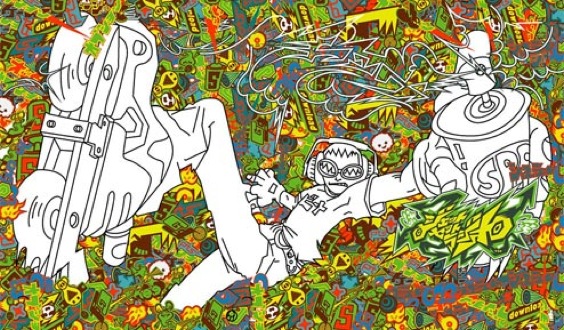 It’s no secret I love Jet Grind Radio for the Dreamcast.  The graphics, the music, the grinding, the style, the tagging, I love it all.  But to me, the most important feature of the game are the characters.  Tab! Beat! Gum! They’re all so cool.  But thinking about their looks now, aren’t they a little FREAKY?!?! I thought so.  Hit the jump and check out the top ten freaks of Jet Grind RADIOOOOOOOO!!!! (clearly a Professor K impression, and a great one at that.) 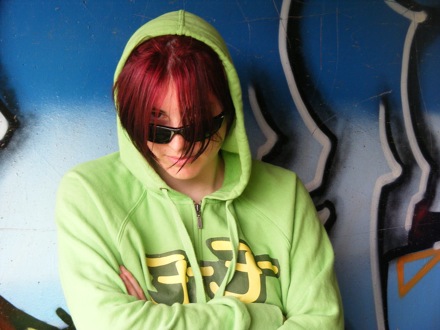 For the life of me, I couldn't find a photo of Yo-Yo from Jet Grind Radio gameplay. Enjoy this bad cosplay instead.

Something about Yo-Yo has always bothered me.  It’s not that I actively dislike him, but he’s pretty annoying to play as.  Screeching “YO YO!” everywhere he hops and grinds, his high-pitched voice just got under my skin.  That and he’s short.  WEIRDO! 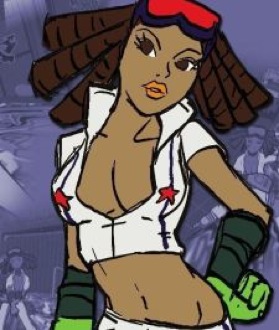 Piranha is a babe, no doubt about it.  Red goggles, cool hair, and deep clevage are always welcomed. But what’s with the red stars on her shirt? We get it you have nips, we never doubted that fact.  It’s a little much. 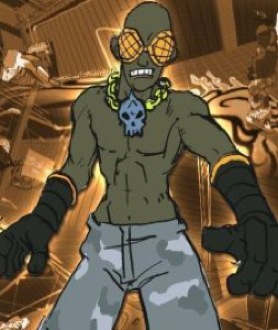 Terror incarnate.  Look how scary he is!  Those sunglasses!  He’s wearing a skull around his neck.  Probably from some poor cat that accidently wandered in to the GG’s hideout.  I’m glad he’s on the GG’s side because I would not want to battle him.  What would a Jet Grind Radio Battle be? Racing?  Well if that’s it, he’s a little less scary. 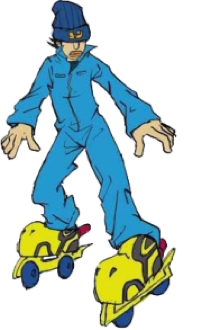 Tab isn’t really that freaky, but he’s my favorite character so I’m shoehorning him into this list.  He wears the uniform of a garbage man, but makes it look pretty darn neat.  Simplicity in its coolest form. 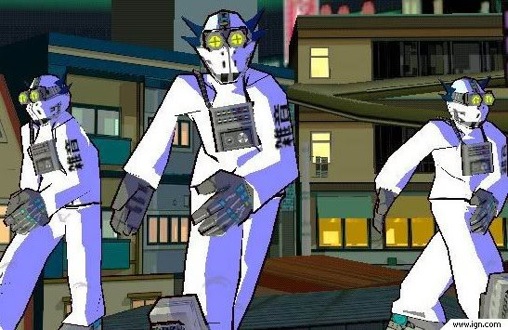 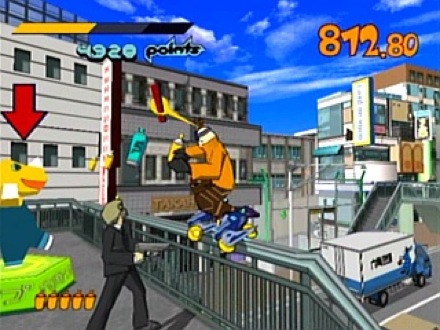 This guy looks too tall to walk, let alone rollerblade.  And he excentuates that fact with his goofy hairstyle, striped pants, and long jacket.  Everytime I play as Slate, I feel I’m slower than the other characters.  I know that isn’t true, but the optical illusion of sluggishness created by his height is too real for me.  After all, seeing is believing. 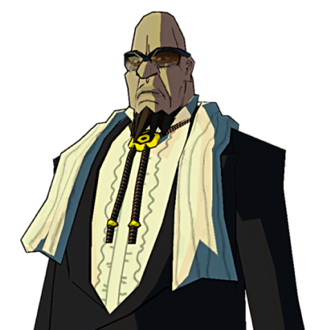 Skating around in a tuxedo just looks odd, but classy.  The head of an evil corporation who wants to summon a demon to take over the world?  You bet your ass he’s freaky enough to be on this list.  And that bolero rules. 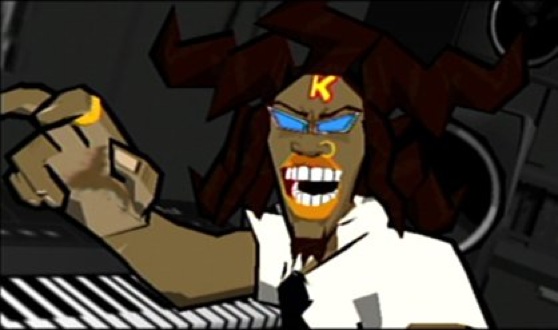 The narrator of the game, he runs a pirate radio station that keeps you informed on all the hot talk around town.  A nose ring isn’t that radical anymore, but how about some lighting bolt hair and a K painted on his forehead.  Yeah, he’s not gonna be someone’s big brother anytime soon. 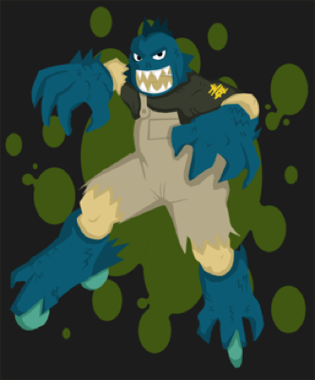 Where as the noise tanks want to be robots, these guys want to be monsters.  Goofy rub masks and gloves paired with overalls would make even Tim Gunn smile.  Maybe.  Actually, probably not, I don’t think Tim Gunn is a big fan of overalls.  But what do I know.  I know that Poison Jam rules, that’s what. 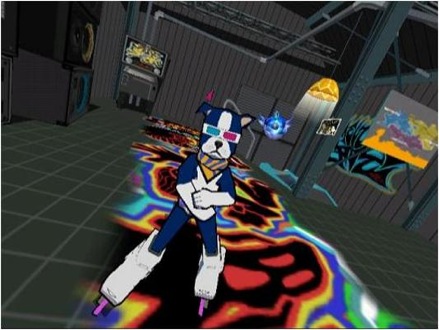 When you unlock Pots, the computer has been removed from his brain.  But that doesn’t mean he isn’t weird.  The entire game, he’s on all fours until you can play as him.  They he’s a bipedal speed demon.  He’s a dog, so of course he’s wearing a scarf.  But he was on the 3D bandwagon long before James Cameron and shortly after Biff Tannen’s friend from Back to the Future.  If you unlock this dog, you know you’re a badass.  And you’ll have spent plenty of time with Jet Grind Radio just to know how freaky this game gets.

Gunlord coming to 3DS and Wii U