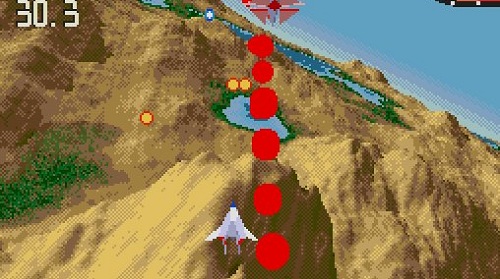 I really like Project Sylpheed, and I’ve never been quite sure what it did to garner such hatred from gamers. Presumably it’s because it diverged so greatly from the formula of the original games in the series, which were much more tradition vertical shooters rather than free-flight space combat games. Judging from screenshots of the Sega CD iteration, I’m still confused.

If you were in that camp however, or you just enjoy Game Arts as I do (expect a Grandia retro review one of these days) then you’ll be happy to know that a sequel has been somewhat teased with a trademark filing of Silpheed Alternative with the USPTO. Other than that it probably exists, we have no other news whatsoever, but speculation seems to suggest it’ll be a proper sequel to the vertical shooter franchise rather than the critically slammed though commercially successful spin-off. More news as soon as someone actually announces it.