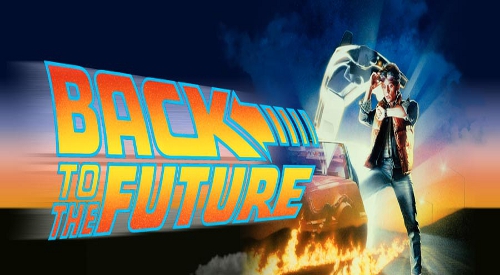 For everyone who grew up in the 1980’s, there are a few constants that are forever going to be apart of the very fabric of popular culture – films like Goonies and Breakfast Club – but nothing quite tops the list quite like Back to the Future. Certainly enough, I could go on about the whimsicality of going back in time and engaging in activities that range from just about everything; namely flirting with a younger version of a parent, putting a bully into their place or simply trying to avoid screwing up the rest of timeline via a viciously hilarious paradox. But, digressively, the series purported a significant amount of humor into a traditionally science-fiction trope of time travel. On the other hand, the early games created to cash in on the series didn’t necessarily do the franchise justice as much as later incarnations. 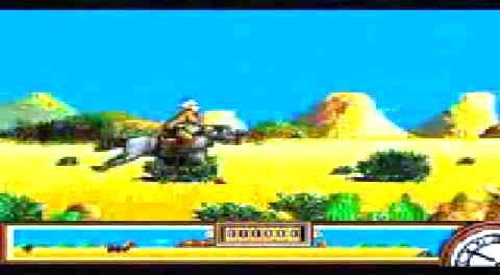 Take for instance the title created for Back to the Future: Part III, which was the first to appear on the Sega Genesis. As the system’s existence didn’t necessarily coincide with the release of the two previous films, it’s clear to see while only the third installment in the trilogy was able to make it to the Genesis. Nevertheless, for all the power the console could get out of a 16-bit cartridge, the game was derisively bad.

For everything that the game could have been, Probe Software – yes, the same guys who had a hand in the original Mortal Kombat – there was a lot left to be desired. Everything regarding Back to the Future: Part III as a game, and to some degree the film as well, was just pitifully bad from the levels, which only numbered in a paltry four, to the implementation of gameplay from the title screen going forward.

Even cinematically pertinent moments such as Doc Brown rescuing Clara Clayton from her runaway carriage, which was supposed to barrel out of control and over a ravine, is wrought with nothing but generically poor graphics and clunky controls. For those remotely interested, the way the level is supposed to play out is that Doc rides his horse, avoids obstacles and uses a shotgun to kill any enemies in his path to rescuing Clara. The problem is that it ditches anything remotely capable of connecting it to the film other than the names of the characters attached to the on-screen sprites. 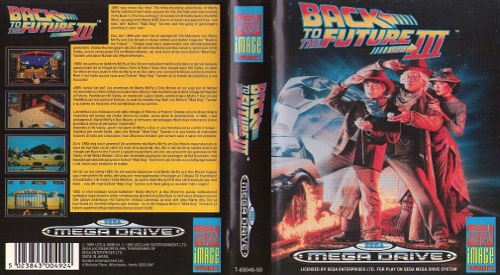 As the game progresses, it only becomes increasingly dismal on a vast scale. Especially when a level in the game includes Marty using a pistol to target shoot that borderlines on a lousy doppelganger of Duckhunt, except only a hundredth as well-designed as an NES title that came several years before. Yet, in a following level, Marty uses pies to defeat Buford Tannen’s men and then Buford himself, without the aid of the pistol you use in the level previous in something more reminiscent of Diner Dash than anything else. But the final level, for those with the patience to endure the travesty of the game, will find it utterly disheartening to the point or having their love of the Back to the Future franchise jeopardized.

Now, speaking as someone who loved the original trilogy, just about fought my way to the front of a line to get on the Universal Studios ride, owned a good chunk of the toys from the series and even reserved time on the family television during Saturday mornings to enjoy the hell out of the Back to the Future Animated Series, going back and playing Part III on my Genesis this week was like finding a ten-year old crap sandwich covered in rancid mustard and mayo hanging out in the back of my refrigerator behind a off-blue hued flavor of Faygo – that bad.

So, you can understand my suspicious disposition when I noticed that Telltale Games finally got around to putting out their adventure game, which was supposed to be a follow-up to the third part of the Back to the Future trilogy. In fact, from what I’ve played through so far, it’s already proving to be significantly better. I mean leaps and bounds beyond the freakin’ moon better. Perhaps it’s because instead of trying to cash in on a film franchise when it hit theatres roughly two decades ago, Telltale is just doing their usual awesome to make a kick ass adventure game. 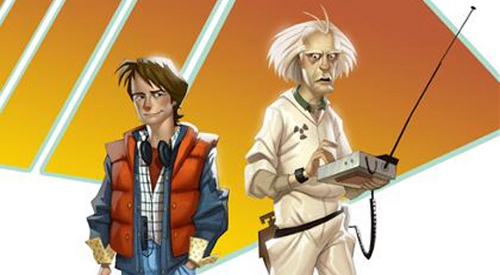 Sure enough, it does help that Christopher Lloyd and Michael J. Fox, Doc Brown and Marty McFly respectively, allowed their likenesses to be put into the game along with the fact that the voices are spot-on. But, it also takes a bit of bearing in mind that Telltale does know what the hell they’re doing when it comes to a good adventure game. After all, just look at their Strong Bad, Tales of Monkey Island and Sam & Max games – if you like adventure games and Back to the Future, you’re not in for a disappointment if the tempo of awesome continues through to the end, which I sincerely hope it will.

Divided into five episodes, the game takes place about six months following the events depicted in Back to the Future: Part III, which illustrates Marty trying to adjust to life without his best friend, Doc Brown. Thankfully, things don’t remain uneventful for too long as yet another DeLorean Time Machine appears and indicates that Doc Brown is yet again, in trouble. This time, Marty has to head back to 1931, during the era of prohibition in the United States where Doc has been implicated in an act of arson. Suffice to say, so far so good and it’s been a pretty impressive ride, both narrative and gameplay-wise. 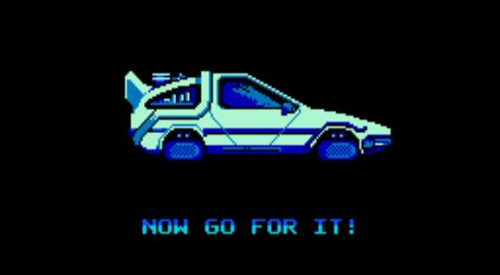 What it boils down to, I suppose, is that technology can’t always proffer the best possible experience at the time to coincide with multiple forms of media. What may look amazing on a television or in a film could potentially be implemented in an absolutely hideous manner on a video game console and vice versa. For a title that was so goddamn terrible, which has since then become such an amazingly fun adventure game, it is easy to see how a fair amount of time can actually serve to allow designers and developers to create something that people who fondly remember a franchise will want to play.