Being the first to admit it, Battletoads is probably one of the most ridiculously, unforgiving video games in the history of the medium. Not that that single fact makes it a bad game, on the contrary, Battletoads has earned a legacy that is easily the equal of Sonic, Mario or Master Chief. Stretching beyond the multitude of levels that are packed onto the cartridge the data inhabits, the game undoubtedly purports an efficacy in level design that hasn’t really been seen in the last several years. Hence, sitting down with Battletoads this week wasn’t only a stroll down memory lane, it tossed in a beat-down for free.

Returning to the sheer cornucopia of design that flows between the levels not only serves to keep things fresh between each successive level advancement, but is a lesson in how a difficulty curve and fun gameplay can be merged to keep players continually coming back for more time and time again. Mixing 3D levels in with what many would now consider traditional 2D-brawler levels, which is replete with standard elements like beating the ever loving crap out of enemies to avoiding side-scrolling obstacles at a rate of speed many of us weren’t ready to face as children – and some still are ready for as an adult. These were perhaps the most difficult levels in the game and have since gone down in gaming history as such.

Seriously, as any gamer who played Battletoads and many of us gave up after trying to get through the side-scrolling racing levels after the third or fourth hundred try – usually tossing the cartridge, controller, system or all three across the room – suffice to say, the obstacle course racing levels were a bitch of the highest order. Typically, they required a player to memorize the layout of the level until the controller seemed to be an extension of their body. Yet, those who had sharply acute reflexes found the sequences to be a bit easier than most. The rest of us wrestled with the bane of playing those damn levels, until we got tired of hitting obstacles of being caught an killed instantly for the nth time or so. 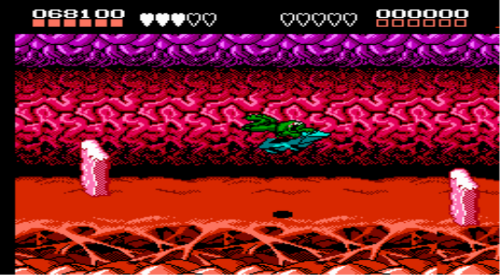 That aside though, there was a lot to love about Battletoads and it’s three main characters, Zits, Rash and Pimple, even to in an age when brawlers like Scott Pilgrim, Castle Crashers and Shank have stormed Xbox Live and the Playstation Network. Namely that the 2D-brawler levels odd an odds sense of satisfaction, whether beating an enemy into the ground, tossing them across the level or simply smashing them mercilessly with a piece of a walker. The only real issue with said brawling, and namely the game as a whole, is that the valley of difficulty between single-player and two-players can be a real exercise in controller your frustration.

Not because the enemies become any harder to fight or kill when a second player is added to the mix, but because if the either player is exceedingly lacking in the skill of playing the game, which definitely punishes those who are lazy or simply unskilled at kicking ass, or is simply a total ass the game becomes terribly dismal to play. For instance, in the obstacle course levels, should one player fail to the point of getting setback to a checkpoint, both players are forced to return and redo the section of play. Additionally, in the brawling sections, there is an exceptional propensity of ‘friendly fire’, which can be kind of a nightmare if one player lands a knockout attack on the other – intentionally or otherwise. 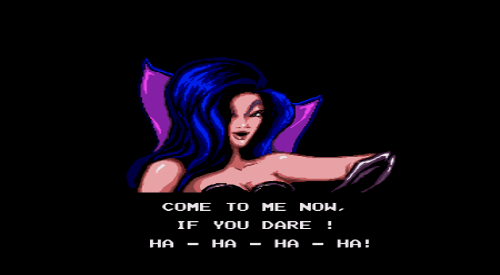 While the Sega version admittedly has a bit of toned down difficulty when put side-to-side against the NES version, Battletoads is nonetheless a wicked experience for anyone who wants to get their hands on a decent beat’em up. And even though it isn’t especially in the same vein as Streets of Rage, Altered Beast or Golden Axe, Battletoads has a distinct flavor of its own, which has served to endear to it to many gamers despite its punishing difficulty. Thus, if you have the desire, or testicular fortitude for a game that won’t give you anything except a straight up challenge – then yes, Battletoads is a game than any self-respecting gamer will want to give a shot, namely by picking it up at their local Gamestop – otherwise, it never hurts to play a nice, cozy game that will serve you up something easy.

Sega Genesis Classics coming to a PC near you