Crossovers are a hallmark of the media world since we all love to see references intermixed for maximum appeal if for no other reason than the potential of an extreme amount of fun. Just look back at history: Flintstones meet The Jetsons, Super Smash Bros., more comic books than I can name and most recently, Marvel vs. Capcom 3. People thrive on seeing their favorites characters tossed into overwhelming circumstances because the more incredible the odds are against, the more awesome necessary to overcome the challenge. Yet, when people think of amazing crossovers, I have a feeling their minds don’t immediately jump to Battletoads & Double Dragons.

Well, I can’t say I don’t blame them.

After all, in the wake of multiple games between the two franchises, it seemed like a logical choice. So, Technos and Rare did what any level headed developers would have done in the wake of creating memorable beat’em up games – they decided to throw all of their characters into one title and chock it to the brim with as much fun as they thought they could. And for the most part, it kind of worked. 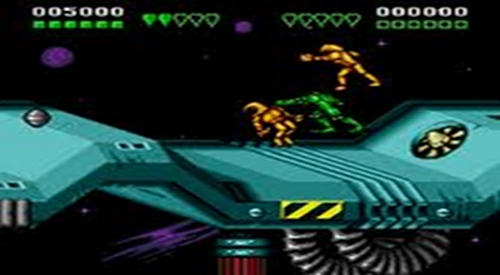 A lot of the inaccessible difficulty that had plagued both games, Battletoads a bit more so, was leveled out so that there could be a decided amount of enjoyment for those who decided that buying this game – or begging their parents to buy it for them – was the best idea they could have. And in a lot of ways it was.

Those who had grown up playing the Double Dragon games would immediately notice that there was something amiss with the design of their beloved characters. In the wake of licensing the characters from two separate franchises, Rare got the rights and developed the rest of the game – so really, all Technos had to do was give up the license to their game and the rest was taken care. That being said, the overall product, while fun, was definitely not equal to the sum of all it’s parts.

Now, perhaps this is just me wearing my nostalgia a bit on my shoulder, but the fact of the matter is that Battletoads as well as the first two Double Dragons were some of the best games to ever be created. So, as I said before, it should have come as a natural progression that a game featuring both pairs would be a hit the equal of Super Mario Bros. 3, Sonic the Hedgehog and Halo combined. Not so much.

For all the enjoyability that the game had, it wasn’t what anyone would call a hit. In fact, for all the fun there was to get out of it, the game at times feels more like an opportunity on a pair of developers to cash in. Seriously, for all the minutia of narrative muscle put into their previously developed games, the plot of Battletoads & Double Dragons is unabashedly weak.

In a slew of vapid events, all of the armed forces on Earth are annihilated by the Dark Queen from the previous Battletoad’s title who has allied herself with the Shadow Warriors of the Double Dragons franchise. That is seriously every single plot point you need to know. Depressing, huh?

Despite having access to either the two Lee characters or one of the three Battletoads, it will still feel like any beat’em up you’ve played over the years of your gaming career. You will progress through each level facing off against characters you’ll either just know or perhaps even love from both Double & Dragons and Battletoads, but for every single boss you fight against, the realization will eventually come that for all the fun you’re having, it’s just like playing the games that came before them all over again. 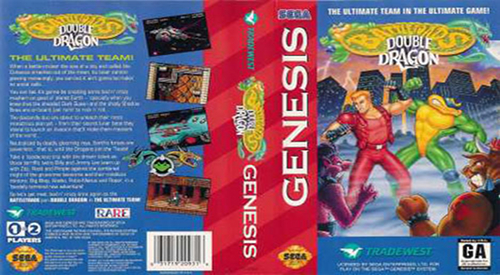 On top of that, for all the intended accessibility, the game has one glaring issue that will keep any lower skilled player from ever having enjoyed the game at all – even with the assistance of a significantly more skilled player. This game will only sabotage players looking to continue their way through the game by penalizing both players – sending them back to the start of a level – instead of just dropping the weaker player back into the game at will.

This is definitely the Achilles Heel that will cause many an argument to erupt, many a controller to be thrown and many a punch to be thrown – because it isn’t just a tenant of dressing up poor design and calling it a challenge so much as it’s just plain bad. 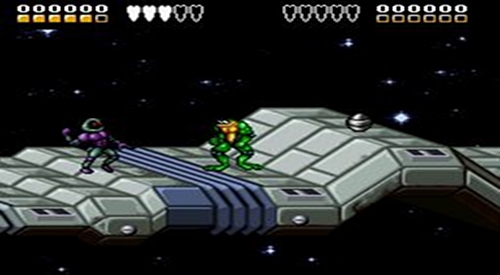 I guess for all the nostalgic fun that may have been potentially found here, it doesn’t really come off feeling like any sort of accomplishment when the end credits roll, simply leaving you feeling like you’ve already done this before many, many times. I would say that it might be worth a single shot if you could find the game cheap, but even then, I’d steer you away insisting you play something that will actually leave you feeling rewarded – like any of this games predecessors. So, while someone thought Battletoads & Double Dragons made the ultimate team, it merely served to be a vicious letdown.