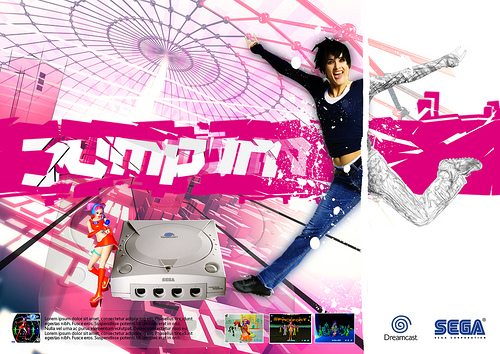 Hello and welcome to this again! I’m running out of funny intros to this so I’m gonna lock myself in a cupboard and wait until I think of new jokes or whatever to write here. Either way hit the jump to read what we’ve been playing!

Stevie Grant- Writer of Top 10 Worst and Boss Attack:
I unno. Replayed Bit Trip’s Fate and Flux. Another episode of Sam and Max too. In terms of retro stuff, I played some River City Ransom and in terms of Sega I played nothing. Sorry guys but maybe some of the other writers have played some Sega stuff. Lets hope anyway.

Review forthcoming. I plan on finishing it before doing so, but I have no measure of time anymore. I don’t know how long I’ve been playing. I don’t know how far I am. There is no indication. I have leveled up some times. I guess. I don’t really even know how to progress further than I have. If there wasn’t a trophy I could’ve sworn it didn’t end. I am doing the same stuff I’ve been doing since the very first dungeon. Space Harrier offers me no advice, but then he doesn’t talk. He never talked. I doubt anyone could talk here. The NPCs have no faces.

The English dub is weirdly the best aspect of it.

Stan Spurgiesz- Writer of Night of the Living Console:
I have been playing through Sonic 3 this week. It has always been my favorite 2D Sonic game, resulting in me feeling like a black sheep. It seems like most fans prefer Sonic 2. I love Sonic 3’s massive levels, the energetic music, and continuity between levels. For a lack of better words, these factors give the game an epic feel that I did not experience in Sonic 2.

I’m also down to 37 stars to collect in Super Mario Galaxy. At this pace, combined with my lack of attention span, I expect to see the game’s full ending by mid 2013.

John Doherty- Writer of Take Cover:
I played more Metal Gear Solid 4 and it just keeps getting better. As usual with a Kojima game the fourth wall breaking aspects of the game are hysterical and well done. Other than that I’ve been playing a lot of board games. This week I played Puerto Rico and some Smallworld. Smallworld is an enjoyable game even though it has some odd design decisions. I just wish I had more time to play some games.

Josh Newey – Writer of With Great Power Comes Great Games and Underappreciated Gems:
I’ve been playing little bits of a ton of stuff. It’s hard for me to dive into anything right now, so I’ve been sampling everything. I want a great, sweeping story, but I just can’t invest in it for the time being… And that kills me.

I’ve continued with Silent Hill 2, and it’s starting to feel like one massive game of fetch. Maybe it’s because I just finished two consecutive games of the action heavy Dead Space 2, but I am having a hard time slogging around slow gameplay to dig up morsels of a captivating story. I wanna see Pyramid Head again.

Also played a little bit of Half Life 2 this morning. I put it down some time ago at about the halfway point, then forgot about it. Last night I actually had a dream that I was using the gravity gun, so I guess I’m supposed to continue. I played through some of Madworld, too. I don’t care what anybody says, I have yet to get tired of Greg Proops and Joe Dimaggio shouting obscenities in my ear. I wanna just turn off all the sound and crappy music to listen to them. Is that wrong?

OOOH! I also snatched Pac-Man Championship Edition DX when I saw it go on sale for a measly 400 points, and holy lord is that thing addictive. If you haven’t at least tried this gem, you are a failure and should hate yourself.

Pat Reddick- Community Manager/ Writer of Forum News and Not-so Classics:
I have 400 Pokemon now. That’s what I’ve been playing. This shit is worse than WOW because its mainly offline so you can’t even interact with other people. I forget what the human voice sounds like…

Andrew Galbraith- Writer of Contemporary Alternatives and Miscoded Confidence:
Been playing a lot of the Sega Dreamcast Collection on the Xbox 360 – wait for the review, but a little spoiler – if you like Dreamcast games, you’ll love it. Also got my hands on Warhammer 40,000 Dawn of War II: Retribution and been getting my Imperial Guard on to my hearts content since Steam deemed me worthy of the download starting. Amidst some disappointing time with EVE, I’ve been trying to get more time to play Infinity Blade and check out the latest update for the game, which is still one of the best titles on the iPad. Other than that, just playing the same old being a responsible adult game, despite the low review scores.

*Protip* Wear a belt while playing Bulletstorm, lest your pants be blown off.

Tom Kyzivat- Artist and Podcast Co-host:
More Marvel vs Capcom 3!!! Still maintaining about a 50/50 win ratio with Mike, so that’s cool. He also bought the new costume pack, which has some pretty sweet duds in it, the best of which is Ryu’s original costume from Street Fighter 1! Red hair and all! I also tried Pac-Man DX, which is really cool–definitely has a Geometry Wars feel to it, with the neon imagry and techno music.

Kris Knigge- Reviewer and Podcast Co-host:
Virtual On Force! It’s much slower than Oratorio Tangram, and practically none of the strategies I used in VOOT are transferable, but I’m still enjoying myself. I still have like 70 more Virtuaroids to unlock, so I’ll probably be playing it for a long time. I’ve also been playing some Vampire Chronicle on Dreamcast with my new stick. Good times, although I think I prefer the Saturn version of Savior for some reason, so I might need a decent Saturn stick now… Bomberman Online is delightful as well, I’m sad I missed it when it first came out!

Also, Bulletstorm is quite enjoyable. The weapons in that game and the way you can combine them make me feel like a kid in a really violent candy store.

Alex Riggen- Editor in Chief and Podcast Host:
I mostly spent my entire week playing Panzer Dragoon Saga again. As stated on the podcast I’ve never actually finished the game as my save file became corrupt the last time I attempted to play the game. As far as the game goes, it’s incredible and is well worth the high price the game sells for these days. Team Andromeda crafted an RPG that stands the test of time better than most games from the same era. The battle system is unlike anything else and mimics the real time combat of the original Panzer Dragoon game remarkably well. I’m about a fourth of the way through the game at this point and I can’t wait to get past the point I left off from.

And that was this week! Long one wasn’t it? Did you read all of it? Every single last little bit? Good boy. Now go tell me what you’ve been playing in the comments or I’ll beat you. Again. See you next week kids!