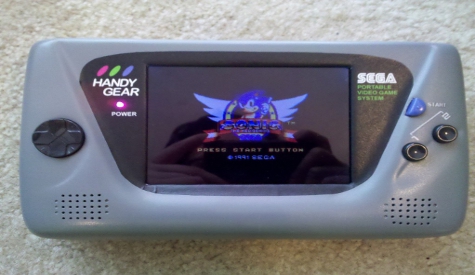 One word: WOW! ‘lovablechevy’ over on the Benheck Forums has build her own version of the Sega Game Gear that actually fixes pretty much ever single issue the original hardware had. She took the bigger and better screen of a PSOne, rechargeable batteries, a new case and the Master Gear converter, probably applied some voodoo magic and came up with the ‘Handy Gear’! There are more photos of the moddes handheld in the linked Forum thread and a couple of videos explaining it and showing how it plays a Sonic game after the jump!

Have a listen to this great new NiGHTS remix