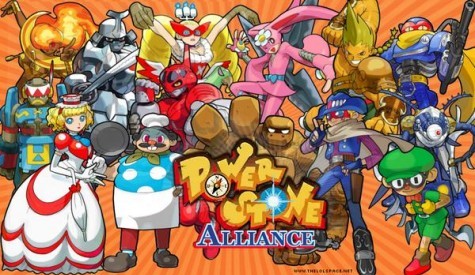 Well, that was unexpected.

As you probably noticed in my last post, I have been on the verge collapsing for the past several hours, flirting with the sad reality of forfeiting.  I needed some incredible Dreamcast game to pull me up by the bootstraps and slap me across the face. Well, Power Stone 2 was sure to at least energize me, right?

Well, it did more than that.  It has been far too long since I last played it, and I had forgotten just how addictive the Adventure mode and weapon creation tools were.  I got so hooked that I played almost 2 1/2 hours on one game, something I never would have expected this late in the marathon.

While I still lament the sequel’s transition from easy-going fighter to all-out chaotic party game, I can’t deny that Power Stone 2 is just so much more fleshed out and addictive than the first game. Even with my ongoing exhaustion, I am still itching to go back in now and create more weapons.  I even created a Mega Buster!  Did you know you could do that?  I didn’t!

I’m not sure what to play next.  I might go with Jet Grind/Set/Whatever Radio, even though John had a session with it earlier in the day.  I’m also considering a nice round-up session of Shenmue to finish off the last 2-3 hours of the marathon.  I just don’t know if something that slow will keep me awake for that long.  Don’t get me wrong, I love me some Shenmue, but the beginning really takes its time.