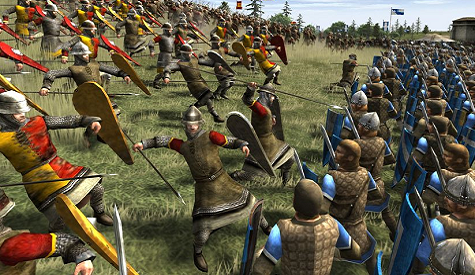 It seems Sega are on a roll with regards to the Total War series. Following the recent announcement of the release date for the Total War: Shogun 2 DLC, Fall of the Samurai, Sega has now announced that the next instalment of the real-time strategy series is being developed for mobile devices. The new game, titled Total War Battles, is being developed by Total War Digital, a new team within Creative Assembly that has been working on prototypes for the last 12 months. Lead designer Renaud Charpentier made the following comments:

“This isn’t the traditional Total War you might expect. We are working on a title that is specifically tailored to the play styles and control methods of mobile platforms. We want to deliver a game that plays to the strengths of handheld RTS mechanics, and perfectly adapts to a host of different platforms.” Details on what platforms these will be, have not been made public. Watch this space, fellow Sega-Addicts.

Sky Sanctuary gets shown off in this new Sonic Generations trailer