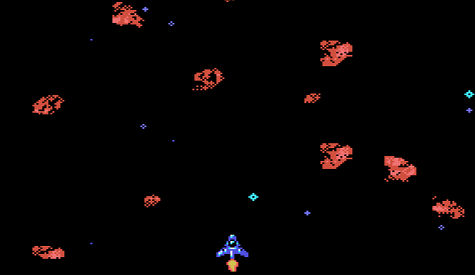 Matijn Wenting of Revival Studios has provided us with some further details on his ambitious  homebrew game titled Astrododge for Sega’s very first home console, the incredibly rare, Japan only SG-1000.

Mr. Wenting has confirmed that the game will have the following features:

The talented developer, who has previously created works for the Vectrex, Sinclair ZX-81, Videopac/Magnavox Odyssey 2 and more, has also informed us that, being his first SG-1000 game, it will act as a stepping stone to more new games in 2013.

Martijn has also told us that managing the physical production of Astrododge‘s cartridges and cases has been somewhat difficult, due to there being no physical SG-1000 homebrew releases in the past to use as reference points.

With regards to the version of Astrododge for Sega’s SC-3000, Martijn’s only comment was that a version ‘tailored’ to the rare Japanese home computer will be released in early 2013. Trailers for both games will debut at the upcoming Classic Games event held in Lier, Belgium.

An unmodified form of the above Astrododge screen shot from the SG-1000 version can be found after the jump, and be sure to leave us a comment while you’re down there!