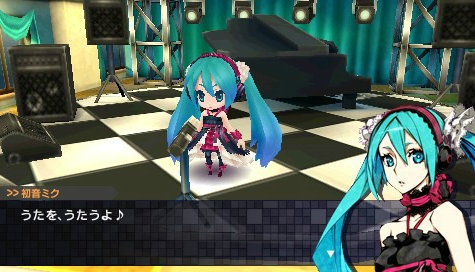 7th Dragon 2020-II, Sega’s most recent entry in the Japan-only 7th Dragon series has been given an official release date of April 18th this year, exclusively for the Sony PSP. Japanese Sega fans who pre-order the game will receive a special ‘Bibliography’ containing a book and CD.

If that isn’t enough to make you whip out a handful of Yen, then the news confirming Hatsune Miku‘s role in the game will. Not only will she make a cameo appearance in 7th Dragon 2020-II, but turn on the ‘Diva’ BGM mode and she’ll even sing the background music for you.

Daytona USA has a cool dev diary you can watch