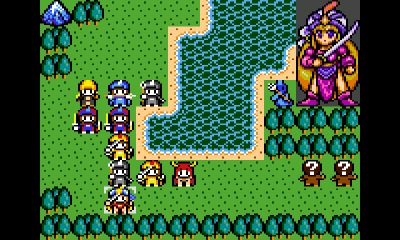 So, remember how we were told Nintendo was going to release Game Gear games on the 3DS eShop channel? And remember how we were so excited that we reviewed all three of the eShop launch games at once? Well, we haven’t seen any since then in America, even though both Europe and Japan have a nice amount now. Add another to the list in Japan! On February 6th, Japan will get Crystal Warriors, or as it’s known over there, Ariel: Crystal Legend. The game will go for 300 Yen ($3.30), and was originally released on the Game Gear internationally back in 1991. Really though, I’m not bitter about this announcement, just confused. I really would like to play some more Game Gear games on my 3DS as my Game Gear barely works now. Anyone else still dusting off their Game Gear? Or are you enjoying the eShop market? Let us know in the comments!