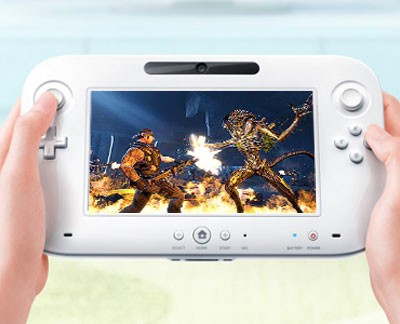 …And so the relentless, cringe-inducing Aliens: Colonial Marines debacle continues.

The Wii U edition of Sega’s long-awaited xeno-tastic shooter is indeed still in the works. A lot of us (myself included) had assumed that this version would be the optimal way to play the game, but as one anonymous European tester has revealed, the Wii U game is just another painful misstep in a long, drawn-out stumble of a release:

“Oh wow. Yes okay. I was hoping someone would ask this. I have played the WiiU version. The one that is supposedly the best of all of them? It is not. It is the worst. It is a bit of a joke. The WiiU is basically the same game as the console version but with framerate issues, worse texture loading, and horrendously misguided minigames thrown in. You get a ‘scanner’ to scan enemies and get bonus points that aid your harming them. When you cut open doors (which happens a lot in the game) you have a game where you have to keep the heat ‘optimal’. They just add frustration, and take away even more from the fun. We don’t know if it will come out, Sega are conisdering canceling it, but right now its still going.”

Along with these scathing claims, the poster also mentioned that testers had been warning Sega time and time again that the game just wasn’t ready to ship. He even went as far to say that the money Sega gave Gearbox to develop the game actually ended up going to Borderlands 2 instead. Double yeesh.

The post has since been taken down, but amid the cavalcade of bad press this game has been getting, the damage has undeniably been done. I’m still reserving any judgement until I play the game this week, but this just sounds painful. Classic Aliens scanner or no classic Aliens scanner–you dilute my Aliens game with unnecessary gimmicks and you automatically lose my interest.