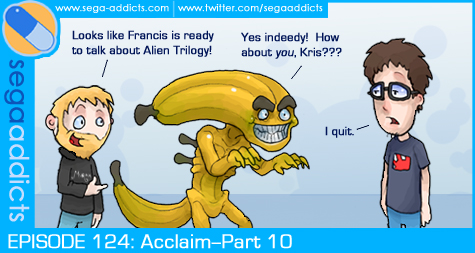 On this week’s episode we realize that we’ve spent three months discussing just Acclaim games on Sega consoles and all start to go a little crazy. However, we always finish what we start so the show will go on even if we’re all speaking in tongues by the final part of this Acclaim mega-series.

Games discussed this week were: WWF In Your House (it’s not actually in your house), College Slam, Darius Gaiden, NFL Quarterback Club 97, Alien Trilogy and Starfighter 3000.