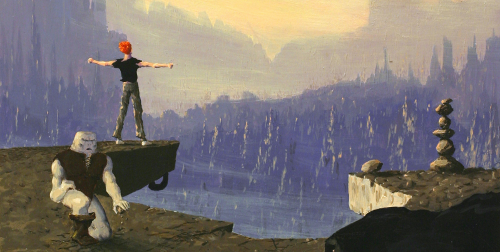 Eric Chahi’s Another World is considered by many to be one of the most influential cinematic platformers to date. The Genesis classic was first released in 1991 and has since been ported to various platforms such as iOS, and now more specifically Steam. This new PC version is the 20th Anniversary Edition which features new difficulty modes, achievements, video extras, and a remastered HD presentation fit for a king. The newly released port also features controller support and is a very reasonable $9.99.

You can buy the game from Steam here. I’m personally very interested in this port as it’s unique atmosphere makes the game unlike anything from that era. But what about you? Will you be buying this? Have you played this game before (perhaps under the name Out of this World?), or are you not interested in it at all? Let me know your thoughts in the comments!