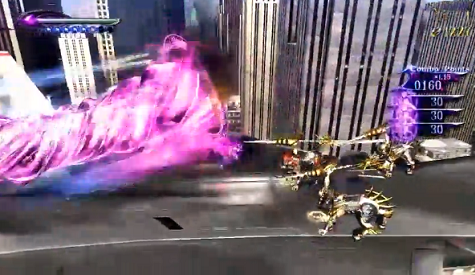 Bayonetta 2 gameplay footage was shown during Nintendo’s E3 2013 Nintendo Direct. It showed our favourite witch with a new haircut, new costume and more.

As for the gameplay, it looks extremely familiar but there’s clearly some new elements at play. There’s plenty of new moves, of course, but it also looks like the summoning of demons may play more of a role, or at least summoned demons won’t be confined to QTEs.

It’s exciting to actually see some gameplay of Platinum Games’ upcoming action extravaganza. From what the Nintendo Direct showed, Bayonetta 2 is set to go above and beyond its predecessor.

After Hours invades The Sega Nerdcast