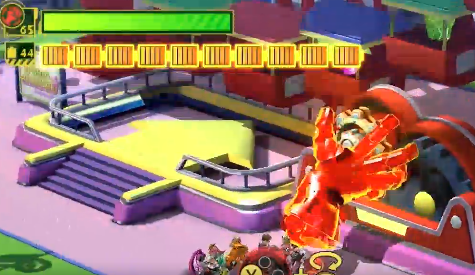 Nintendo showed off a fair deal of The Wonderful 101 gameplay footage during their special E3 2013 Nintendo Direct broadcast.

By drawing specific symbols on the Wii U GamePad, players are able to unite their band of heroes together into giant weapons and special tools. This “Unite Morph” ability can be used in different way depending on the symbol drawn.

For exmaple, a long, straight symbol will result in your heroes turning into a giant sword, a hand shape will make a giant hand for turning cogs, and so on.

There’s also going to be an in-game shop that will allow for new abilities and Unite Morph symbols to be purchased.

Lastly, up to five players can team together to lead their own individual groups of heroes to victory in The Wonderful 101.

The Wonderful 101, developed by Platinum Games, will be released for the Wii U on disc and via the eShop later this year.