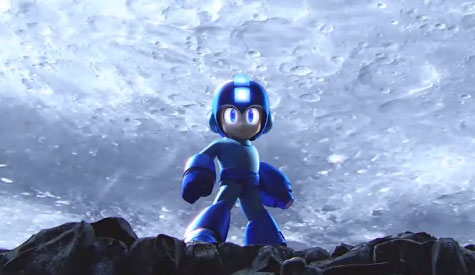 The Capcom mascot – who many have felt has been rather forgotten lately – is making a blistering return as a new character in the upcoming Super Smash Bros. for the Nintendo Wii U and 3DS. While the Nintendo Direct E3 announcement trailer revealed early on that another new fighter was “Villager”, from the Animal Crossing series, Mega Man appeared as a secret ending, standing as a silhouette onto a mountain. You’d recognise the haircut and body frame anywhere, but if that wasn’t enough, his helmet suddenly formed and it was a done deal.

Super Smash Bros comes out at some point in 2014 and Mega Man X is also making an appearence in the upcoming Project X Zone.

Columns will be dropping on your 3DS in the future