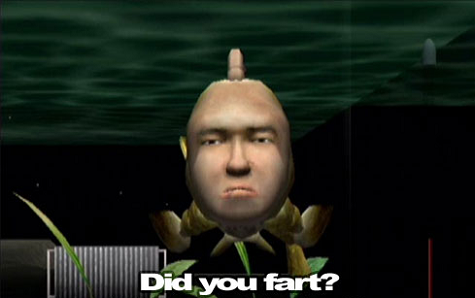 In a recent feature in Japanese media giant Nikkei’s online magazine on the future of Nintendo, it is mentioned that the Dreamacst classic, Seaman may be coming to the 3DS in some form. In the feature, Nintendo is described as planning to ‘revive’ strong, yet somewhat forgotten, games from other publishers in order to bolster the 3DS game library. It is important to note that Seaman was used only as an example of such a game, and no official announcement of its release has been made.

Since its original release on the Sega Dreamcast in 1999, the game has remained well-known amongst Dreamcast fans for its peculiar, yet in-depth take on the ‘virtual pet’ craze and for its implementation of voice-recognition via the VMU microphone. I unfortunately missed the game the first time around, but feel the game would be exceptionally well suited for a handheld console, especially the 3DS. Any other ‘forgotten’ Sega games that would find a good home on the 3DS? Post your comments below!