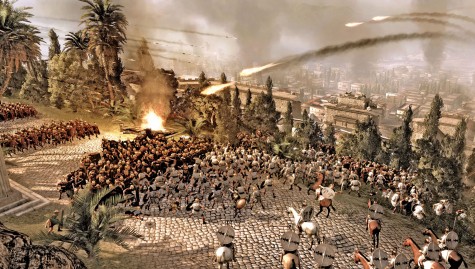 In a recent interview with MVC, Sega West CEO Jurgen Post offered up an exciting prospect for console-locked Sega fans everywhere, stating that “If next-gen consoles become as successful as people say, we can look to move some of our big properties on PC over to those machines.”

With franchises like Company of Heroes, Warhammer, Total War, and Football Manager under their belt, Sega has really been leaning hard into the PC market. So for those of us stuck with two-bit netbooks and eight-year-old Macs (i.e. ME), this prospect of PC-to-console migration is more than a little exciting.

While I think Sega’s going to spend a little more time building their PC street cred before running back to consoles, this news gives me a little glimmer of hope that I may not always be destined to remain ignorant of Creative Assembly’s apparent charms.

Total War: Rome II announced for 2013, will "set another benchmark"

Renegade Ops and Shogun 2 offer up some holiday cheer