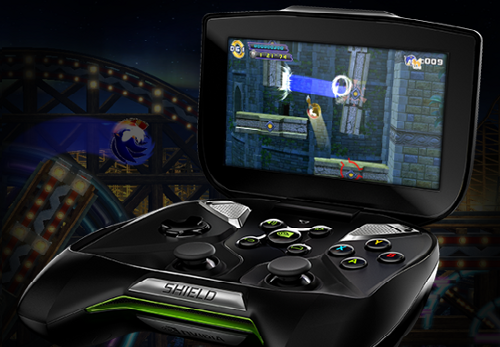 The Nvidia Shield is a handheld console that looks to be a mix of tablet and console gaming. It allows you to stream certain games from your PC, as well as a host of Android titles including the port of Sonic 4: Episode 2. In fact every Nvidia Shield will come pre-loaded with the latter game, giving players a chance to experience everyone’s favorite lackluster sequel to an awful reboot at a full 60 Frames Per Second on the go!

The system itself is $299.99 and you can look into buying one on it’s page here. Personally I think it looks like a cool system, but for that price and no exclusives, it leaves a lot to be desired. But what do you think? Is this for you, and would you play around with Sonic 4: Episode 2 yet again? Let me know in the comments!