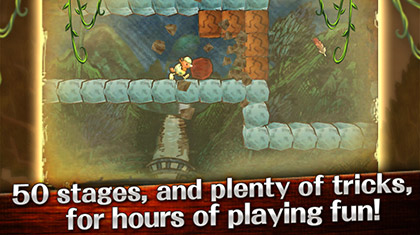 Ivy The Kiwi? was released on Android OS on August 22. This adds another platform since the game’s previous release on iOS. The game comes with 50 stages. The paid version of the game comes with extras for each stage effectively creating 100 levels.

Ivy The Kiwi? is a game developed by Prope Ltd. Prope is a company most notable for having Yuji Naka as President and CEO. This fact alone makes the game fairly intriguing. I have not played the game. But the gameplay seems to be focused around manipulating the environment. Ivy, the young Kiwi, is unable to fly, jump, or climb. It is up to you to manipulate the environment to allow Ivy to reach its goal.

Total War Battles: Shogun is coming to iOS and Android

Sega of Japan trademarks ‘Flick of the Dead’