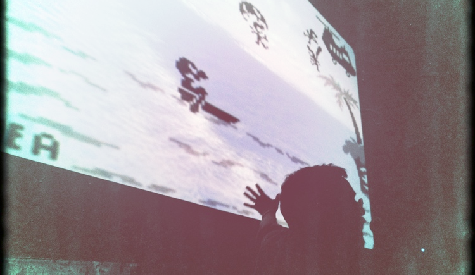 Modern Playing: A grown-up evening of ideas, video, music and debate about videogames and gaming culture. This one sentence was all I had to go by when deciding to book tickets for the first of a new, quarterly show by GameCity director Iain Simons and Prof. James Newman. As someone who only vaguely knew of GameCity – mainly from the previous ramblings of our own Stevie Grant – and no academic background in videogames, I was certainly apprehensive as my girlfriend electronically handed over her digital money to the Midlands Arts Centre (mac), Birmingham – thanks Emma.

And thankful I most certainly am. I experienced a night of creative non-fiction, emotional tributes, wholesome doses of indie gaming and a visit from a very special guest. So hit the jump to see what this Sega Addict thought of Modern Playing.

Videogames are part of our culture. Our culture has given rise to videogames. But perhaps the most important aspect of videogames is the impact they have on the individuals who play them and those close to them. We all have stories, big or small, for better or for worse – it’s these stories that fuel Modern Playing.

It was a somewhat awkward affair to walk into the small theatre, only to find every single seat to be empty. Nevertheless, my girlfriend and I plonked ourselves down in the centre seats, three rows from the front. All we had to look at was a desk covered in wires, monitors, tablets and other unidentifiable gizmos until Iain Simons entered the hall to knowingly assure us that “everything will be alright!”. Eventually the room filled with another ten or so eager pundits, and the show began.

Simons and Newman roughly explained the idea behind Modern Playing – a night of stories and talks on the subject of videogame culture – while footage of a British countryside went by on a screen behind them. They spoke of a journey – life’s journey – and the large role videogames had played in their personal journeys. As they did, familiar videogame characters of yesteryear appeared on the screen, one-by-one, travelling along the countryside and participating in the great journey. 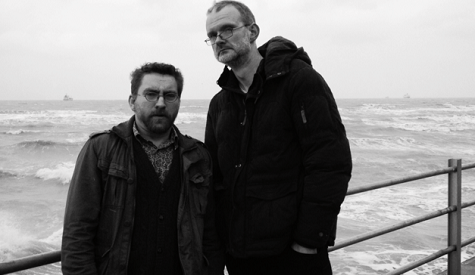 This short “performance” set the tone for the rest of the show. We all listened, nodded and occasionally chuckled as Newman described his wonder at buying a brand new Sega Dreamcast and the unfathomable promise it held in its innovative dial-up modem. A somewhat similar reaction came from Newman’s description of playing Burnout on Xbox Live for the first time and encountering nonsensical hate from anonymous players. We all remained silent as Simons read an unpublished transcript of an interview with the parents of the Oliver Twins to footage of Dizzy – The Ultimate Cartoon Adventure – a fitting tribute to Blitz Games Studios.

We were then joined by special guest Martin Hollis – of GoldenEye 007 and Perfect Dark fame – to talk about the role physical videogame-related objects play in our experience of non-physical videogames. He spoke of his vastly expensive, now-broken watch, given to him during the development of GoldenEye amidst managerial clashes over deadlines. He then turned his gaze towards his personal Wii Remote, and spoke of the time he had been invited to a secret, hands-on showing of a Nintendo Wii prototype. It was all fascinating stuff and certainly not the kind of thing you’d hear industry veterans talking about in interviews with the press.

During the interval, I had a go at the in-progress indie games brought along by my fellow Modern Playing attendees and had a handful of intelligent, yet humorous conversations. I couldn’t possibly describe all of the interesting games I played in this one article, so he’s a not-so-discrete list for you to explore:

The remainder of the show was a crude test-run of Martin Hollis’ prototypical new videogame, which will be “experienced” by Nottingham residents during this year’s GameCity. The game is, according to Hollis, about love, but to tell you any more would be to spoil the surprise.

After a chat with Hollis about his new game, and with Simons and Newman about Modern Playing itself, my girlfriend and I shrugged on our coats and stood at the bus stop, waiting for the number 35 and recounting our fondest gaming memories.

Hey, William, remember “the bad controller”? That one Sega Mega Drive controller that, for reasons unknown, had a sticky C button? Yeah, I used to always make you use it when we were little. Good times… Oh, and how about the time you used Gareth’s Game Boy Exploder cartridge to catch shiny Pokémon in Pokémon Gold, only to have the thing corrupt your 60+ hour save? Pfft, funny…