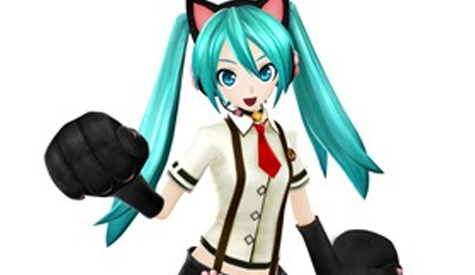 It comes as no surprise that the second game in the Project Diva F series will continue to expand on Miku and friend’s large wardrobe selection. Siliconera has posted a large selection of images of some costumes from the upcoming game. For those familiar with the games, you already realize just how much content Sega puts in there outside of the already large selection of songs to play. It’s pretty impressive and you could easily spend more time customizing your characters than you even do playing the rhythm portion of the game.

In addition to the new costumes, Sega has also revealed that there will be a new “Double scratch” move incorporated into the rhythm game. When these icons appear a player must flick both sticks at the same time.

Any Miku fans looking forward to the next installment? Anyone check out the recent game that was brought out in the US? What did you think?