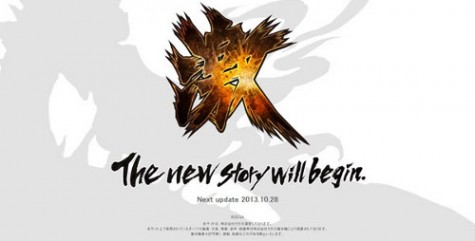 We all love a good mystery right? Well Sega has a doozy for you right here! Well by ‘doozy’ I mean that they put up a teaser website for an upcoming announcement. The Japanese site is here and is essentially the same as the header for this post. The character for ‘rage’ sits in the middle of a mysterious site with a promise of an update later this month. The 18th to be precise. Gripping, I know.

So what could it be? Well according to gematsu the source code mentions the Playstation Vita meaning it could very well be a game for Sony’s handheld console. Weirdly the number ‘4936’ appears a lot in the code too. Could this be an important detail as well? The title of the page itself reads: ”Action x Simulation x Card Battle’, so that does narrow it down a bit. But what’s so exciting about a card game that could warrant it’s own teaser site? Well check back with us later as we swear to keep you updated as the mystery unfolds!