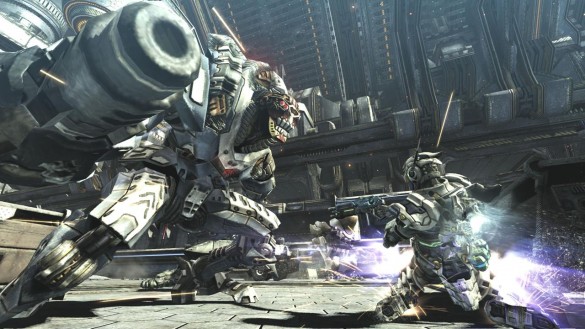 Let’s face it. PC gamers get a lot of cool Sega stuff. There is a lot less red tape regarding add-ons and cross-overs when concerning PC releases, but what we all want are more games that we can no longer get our hands on. Enter, online petitions. Sega heard the fans when we wanted NiGHTS in Sonic’s most recent racing adventure, as well as the entire re-release of NiGHTS into Dreams. Fans are still working on getting Panzer Dragoon on PC, but this petition may even be a bit more reasonable.

The petition suggests that Sega port 3 specific games to PC: Bayonetta, Vanquish, and Virtua Fighter 5: Final Showdown. The goal is for these games to test the waters and see if it is financially sound for Sega to release more PC ports. Why these titles? Well, Metal Gear Rising: Revengeance sold very well on PC, and Bayonetta and Vanquish use the same game engine, which would hopefully make for easy ports. The fighting fans on PC have not seen a solid 3D arena fighter, and VF5: Showdown uses the RingEdge board, which is powered by Windows. Overall, these ports would hopefully require the least amount of work to move to PC.

As of this writing, the petition has over 8,500 signatures. Sega has also made it known on Twitter that they are aware of the petition. So there may be hope! I just cast my vote, so what are you waiting for? “Nintendo to make one!?”