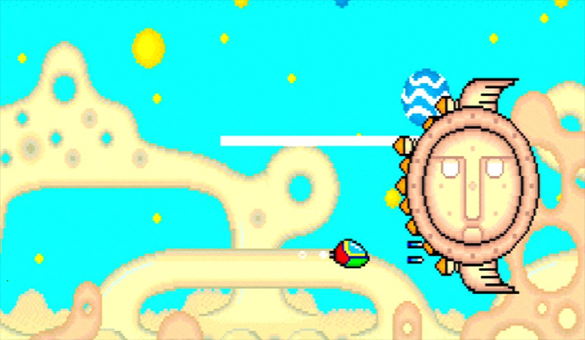 Sega of Japan and developer M2 have announced that Fantasy Zone will be the first game in the second phase of 3D Classics. An updated version of surreal cute ’em up is set to be released on the Nintendo’s 3DS eShop on March 19 for 762 yen.

3D Fantasy Zone is based on the original arcade version and will feature a stereoscopic 3D, the option to choose between the U.S. and Japanese versions, four difficulty modes and several different screen modes. Perhaps, the most interesting addition is Opa-Opa Bros. mode, in which you play as Opa-Opa’s brother, Upa-Upa. In this mode, in the beginning of the game players will have to choose items to purchase with a limited amount of money and, unlike the original version, won’t be able to get upgrades. So, If you want to make your Fantasy Zone experience more challenging, then get excited to play as Upa-Upa.

Hopefully, the second batch of 3D Classics is going to come out in the West!

Check out the box-art for Rhythm Thief