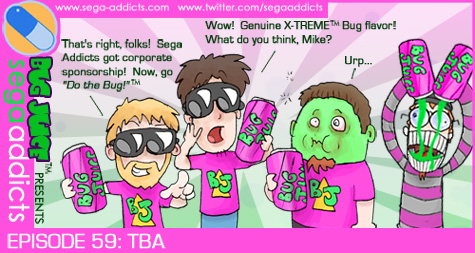 Episode 59. It’s a prime number. Very fitting for a podcast who many consider to be in their prime…

What? You don’t agree? You obviously haven’t heard some of our latest fan-fiction radio plays…

Anyway, this week will involve Sega news and that crazy Saturn game, Bug!, that a certain Sega Addict listener/reader is so fond of. So, if you’ve got some questions regarding, Sega, Bug!, videogames, or hand sanitizers, leave them below!

“Samurai & Dragons” announced for PlayStation Vita, being developed under the producer of Yakuza

Wonder what Captain America looks like on the Wii?